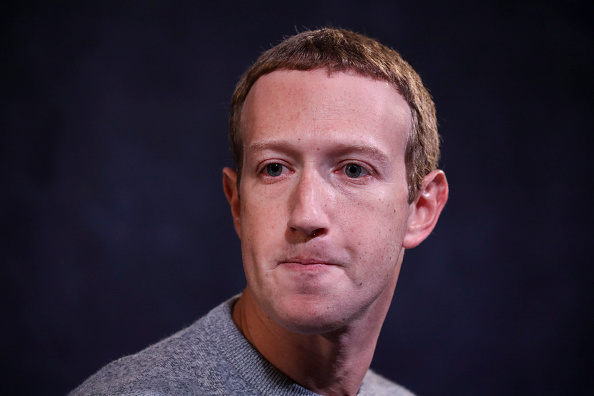 Yesterday, the Associated Press announced that Mark Zuckerberg would have a big announcement this morning about the “future of Facebook.” Is he stepping down as CEO to pursue windsurfing full time? Is he splitting up the company voluntarily to avoid anti-monopoly legislation? Is he pivoting to video again? Are they finally doing something meaningful about disinformation on the platform?
No.
The big announcement is … this:

It’s a new VR app that allows the avatars of remote workers to gather together in a virtual conference room, and an Occulus headset will allow their avatars to move in ways that look human, assuming you are Mark Zuckerberg and you already look like a robotic human avatar. The app is free and in beta and would allow Facebook to create a “broad metaverse in which physical distance is removed as a barrier for those who want to interact with one another.” (Note, too, that according to folks in our Slack, this isn’t new to a lot of people, who have known about it for weeks.)

My guess is that this might actually be popular in conference rooms, but give me real facial reactions on Zoom over the lifelike motions of an animated avatar any day. Also, how much privacy are we going to continue to cede to Facebook? They already have access to our financial information, our likes and disinterests, and have enough blackmail information about our personal lives to keep us hooked to their algorithm for the rest of our lives (“Are you sure you want to delete Facebook? Because we know where you live, and what you’ve been getting into with your next-door neighbor. Yeah, that’s what I thought, funboy.) Do we really want to give them access to our work meetings now?

Welcome to the future! An HR complaint every half hour because Ted was reaching for the coffee on the chair next to him at home and accidentally touched Susan’a avatar boob at work.

Separately, Facebook also released a completely useless report designed to counter evidence from third-party services that show that the most popular posts on Facebook come from conservative media (and specifically, people like Ben Shapiro and Dan Bongino). Their “Widely Viewed Content Report” purports to show what’s really the most popular posts on Facebook. According to their new quarterly report, the top posts for the last quarter were for a forum that connects Green Bay Packers fans to former players, a storefront for CBD products, and a viral meme (that no longer exists) that encourages “users to disclose personal information to discover their ‘porn name.’”

What Facebook doesn’t say in this report is how they arrived at this information, or what they excluded, namely the posts most likely to contain disinformation and/or viral conservative commentary:

Next, notice that the report only covers public posts viewed via users’ News Feeds. It doesn’t include ads. Nor promoted posts. Nor posts a user views on a Page. Nor in a Group. Nor in the Groups tab. Nor in the News tab. Nor via notifications. Nor via a friend’s timeline. 5/

Facebook continues to be trash.
Still, if you are legit interested in the VR conference room app, read Devindra Hardawar on it, because he’s basically the best there is when it comes to tech reviews (and also a terrific human being).