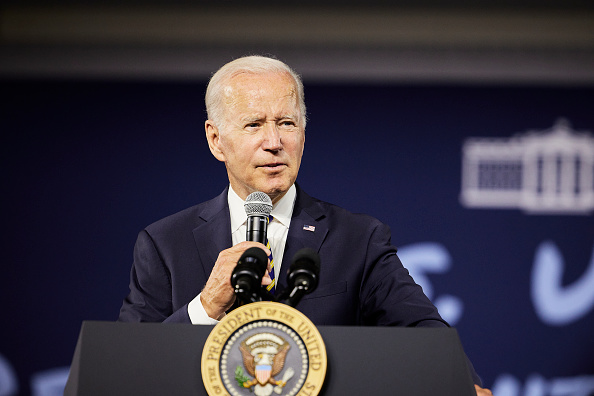 Has a Sitting President Ever Lost a Primary Election?

I am not here to badmouth President Biden today. There are plenty of others who are doing that right now. His approval ratings are lower than Donald Trump’s were at this point in Trump’s presidency, mostly due to the fact that Biden’s Democratic base is falling apart. Younger voters, along with Black voters, are necessary for a Democratic victory in 2024, and the numbers among voters 18-29 are not good.

Things change, and they will change. When faced with a common enemy — Trump, DeSantis, whoever — the Democrats will rally behind Biden. But he is not meeting the moment. Granted, there’s not a lot he can do about inflation, gas prices, or even the Supreme Court, but a little anger would be nice. Obama got both praise and criticism for his chill nature, but as the first Black President, he didn’t have the luxury of losing his cool.

But Biden needs to lose his cool, like the manager of a baseball team who gets tossed out of a game every once in a while just to illustrate that he’s got his players’ backs. This “hey folks!” business isn’t going to cut it, and if the President doesn’t step up, he’s going to get a primary challenger.

In fact, this week, The Washington Post is doing that thing that newspapers do when they get bored during the middle of the summer, and they’re floating the idea of a primary challenger in either California Governor Gavin Newsome — who is trolling DeSantis in Florida — or Illinois Governor J.B. Pritzker, who is at least expressing some genuine anger about gun violence right now.

But don’t count on either man running against Biden, should Biden choose to run for reelection. Why? Because sitting Presidents do not lose primaries, but when sitting Presidents face tough primary challengers, they do lose generation elections.

Since the advent of the modern primary system, no incumbent President has ever lost a primary. Three Presidents, however, faced challenging primaries: Gerald Ford against Ronald Reagan in ‘76, Jimmy Carter against Ted Kennedy in ‘80, and George H.W. Bush against Pat Buchanan in ‘88 (sort of — Buchanan almost won in New Hampshire, but Bush ultimately won every primary). All three men were one-term Presidents.


← Santa Monica Studio Delivers a Cinematic Trailer and Release Date for 'God of War Ragnarök' | How Do You Cover An Uncoverable Song? Well, Like This. →