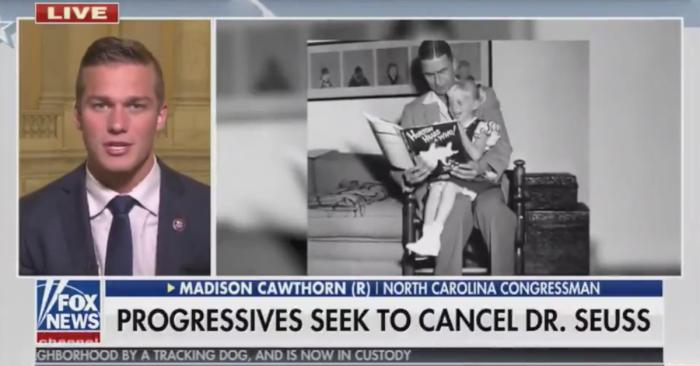 Yesterday was an interesting day, as we got hit with a wave of good news regarding the pandemic. President Biden figured out how to get enough vaccine produced for every adult in America by the end of May (although, distributing that much vaccine may still pose some problems) and he directed all the states to prioritize teachers and staff. This wasn’t a big deal to the 30 states who already did as much, and where a lot of teachers have already been vaccinated, but in states like mine — where we have a strict, age-based schedule with no exceptions for teachers, essential workers, or even those who are at high risk — this feels like a big deal.

It’s unclear how Biden will be able to direct vaccinations to teachers over the objections of governors, but I have seen some suggestion this morning that the Administration will use its pharmacies program — it’s currently shipping hundreds of thousands of doses of the Johnson & Johnson vaccine directly to pharmacies — to override the states. For our governor, who is under fire by the teachers union for not prioritizing teachers and staff, this feels like a win. Teachers will get priority, and Governor Mills won’t be to blame for prioritizing teachers over restaurant workers, grocery store workers, and other interest groups (like those in high-risk categories).

Anyway, the vaccine news is all great, and while the COVID infection numbers haven’t improved in the last week nationwide, it does look like they are flatlining, which is promising. We just have to hang in there for another couple of months, and we’ll get through this, right? We can do it, right? For the good of the country, we can continue to wear our masks, social distance, and not dine indoors for a few more weeks, right? RIGHT? We got this!

Elsewhere, I want to briefly touch upon Andrew Cuomo, who is facing more pressure now to resign, although not forcefully from Senator Kirsten Gillibrand, who many have (wrongly) castigated over the resignation of Al Franken. Gillibrand has backed the investigation of Cuomo, but she has not specifically called upon him to resign. The Nation, inexplicably, had words to say about that:

When it comes to taking on Cuomo, though, Gillibrand can’t seem to find the courage, claiming “It’s not my job,” and failing to even mention the governor by name except to remind everyone of his due-process rights. No mention of the women either, not even to praise their “bravery,” as politicians who don’t know quite what to say typically do.

The subhead on that piece is, “Though she positioned herself as a warrior for women’s rights, the New York senator hasn’t exactly been a profile in courage.”

Uh, how do I put this politely: Jump up my ass, The Nation. It’s not Gillibrand’s job to specifically hold every asshole dude responsible for their actions. Look what happened when she called upon Franken to resign: She gets blamed for Franken’s handsiness. Maybe she didn’t want to get blamed this time for Andrew Cuomo’s inappropriate behavior. I don’t see The Nation calling out, let’s see, anyone else, for not pressuring Cuomo to resign, nor do I see The Nation holding Susan Collins accountable for, say, the actions of Madison Cawthorn. I also don’t see anyone demanding that Lisa Murkowski hold Rep. Ronny Jackson responsible for making “sexual and denigrating comments about a female staffer,” or for drinking alcohol and taking sleeping medication while working as White House physician.”

Fox & Friends is Completely Offended about "the cancel culture canceling Dr. Seuss," because one (1) school district isn't making Seuss the focus of its Read Across America Day activities. Kilmeade literally doesn't understand how one could even think a Seuss cartoon was racist. pic.twitter.com/94mVgW9NIl

Finally, I’m not sure there’s much value in covering Fox News meltdown over the “cancelation” of Dr. Seuss, except to say that it is all performative. No one is canceling Dr. Seuss. One left-wing group encouraged public schools to stop “connecting Read Across America Day with Dr. Seuss,” because some of his work is associated with racist tropes, one school district in Virginia decided to follow that guidance, and Biden happened to release a statement about Read Across America Day on Monday but didn’t link it to Dr. Seuss, and then Dr. Seuss Enterprises, decided on its own to stop publishing six Dr. Seuss books that depict people of color “in ways that are hurtful and wrong.”

That’s the long and short of it. That’s what Fox News has breathlessly spent the last two days covering (as has Newsmax). The company itself pulled six books that I have never even heard of — “And to Think That I Saw It on Mulberry Street,” “If I Ran the Zoo,” “McElligot’s Pool,” “On Beyond Zebra!” “Scrambled Eggs Super!” and “The Cat’s Quizzer” — and everyone is screaming “CANCEL CULTURE” and now Jim Jordan wants to hold a judiciary hearing on cancel culture.

It is performative. Pure and simple. The right-wing media would rather drum up some bullshit culture war that has little to no basis in reality instead of talking about the fact that Biden has accelerated the vaccine schedule or the fact that Governor Abbott’s decision to lift the mask mandate in Texas will probably cost scores of lives. The culture war is all they got, y’all. Dr. Seuss. Gina Carano. And Potato Heads. Policy, science, legislative initiatives, and the facts are not on their side, so they invented this boogeyman called cancel culture and try to pretend that six obscure Dr. Seuss books are more important than the pandemic that has cost America over half a million lives.

The good news, again, is that Biden doesn’t play in that stupid sandbox (and neither does Jen Psaki). They go about doing the business of running the country, which doesn’t leave Biden a lot of time to spend sitting on front of Fox News all day.