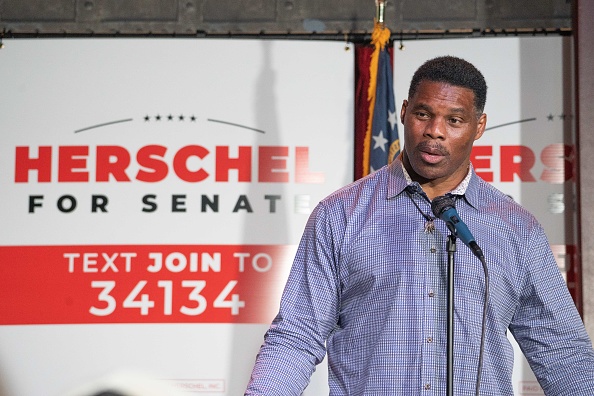 Earlier this week, Herschel Walker — who lived in Texas until last year — became the Republican nominee in a Georgia Senate race in which he will face Democrat Raphael Warnock. On the same day, Brian Kemp handily won the Republican nomination for Governor and Brad Raffensperger likewise easily won the GOP nom for Secretary of State, despite the fact that both Kemp and Raffensperger were heavily targeted by a vindictive Donald Trump who wanted to defeat them for refusing to aid his efforts to overturn the 2020 election results in Georgia. Republican voters clearly did not care and voted for them in spite of Trump.

Those same voters, however, also nominated Walker, who was not only endorsed by Donald Trump but has been aggressively pushing the Big Lie since 2020 and also suggested that the January 6th insurrection was a false flag operation designed to distract from Democrats’ alleged efforts to “steal the election” from Trump.

Walker currently has a slight edge over the incumbent Warnock, in part because the political climate does not favor the Democrats. Walker’s is an interesting candidacy because he has a history of domestic violence allegations against him, including holding a straight razor to his ex-wife’s throat and pointing a gun at her head, allegations that Walker does not dispute. He attributes the violent displays he exhibited during his divorce to his dissociative disorder diagnosis, claiming that he has a number of different alters, some of whom his wife described as “violent” and “evil.”

Republican voters were able to look beyond his past struggles with mental illness, the conspiracy theories he has promoted, and his views on evolution (“At one time, science said man came from apes, did it not? … If that is true, why are there still apes? Think about it.”) Now that he is the Republican nominee, however, his past violent behavior and his views on the 2020 election will receive more scrutiny.

His public statements will also receive more scrutiny. Today, for instance, Walker joined in the Fox News effort to attribute the death of 19 children and two teachers in a school shooting in Texas to social-media addiction. That is the narrative that Fox News is attempting to spin, although it’s not clear how Herschel Walker’s statements fit into that, mostly because they are incoherent.

Walker will face Warnock in the general election in November.