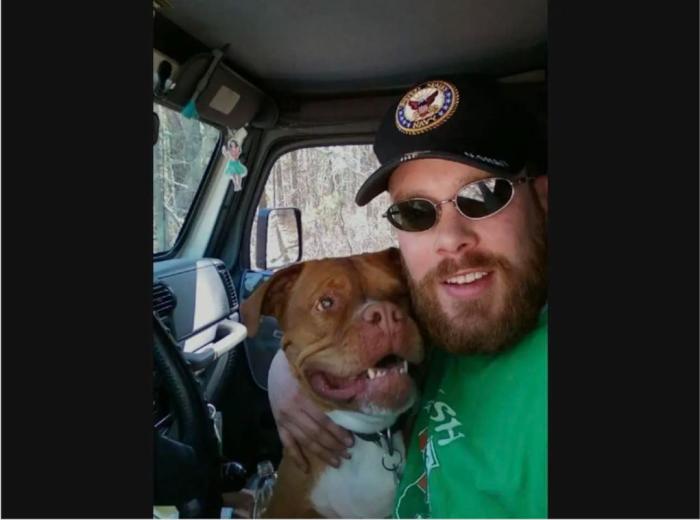 George Santos Stole $3,000 from a Homeless Vet and His Dying Dog

George Santos, living under the name Anthony Devolder, raised $3,000 on a Gofundme campaign on behalf of homeless, disabled U.S. Navy veteran Richard Osthoff and his service dog Sapphire in 2016. Sapphire had a massive stomach tumor that required extensive surgery. A veterinary tech hooked Osthoff up with pet charity Friends of Pets United, run by Santos\Devolder. The runaround began after the funds were received. Santos insisted Sapphire be brought to a particular vet clinic in Queens, NY. That vet told Osthoff the tumor was inoperable, which was not what he’d been told by the New Jersey clinic that initially examined Sapphire. When pressed, Santos said he would take Sapphire for an ultrasound, but only without Osthoff present and at a facility of his choosing. Santos then closed the Gofundme, pocketed the money, and Richard Osthoff never heard from him again. Sapphire died of her tumor in 2017. The entire appalling story can be found here.

I’ve had fun with George Santos in the past. He’s an absurd character, seemingly incapable of shame or self-reflection. If he shook your hand you’d want to count your fingers to make sure you got them all back. He’s committed fraud and changed identities more often than some people change their underwear. He manipulated gay teenagers into financial and romantic relationships while married to a woman. He ran for office under what was essentially an assumed identity, with a false educational and job history. His financial records and the source of his campaign funds are a complete mystery, and he took money from foreign nationals. He claimed his employees were killed during the Pulse nightclub massacre. He lied about his mother’s death and his alleged Jewish ancestry. He is a conman in a political party rife with them, and stands out mostly due to his sheer audacity. Republican Speaker Kevin McCarthy insists Santos will get committee seats despite Santos hiring a man to impersonate McCarthy’s chief of staff. Representative Elise Stefanik refuses to say how much she knew about George Santos’s lies while she was campaigning and fundraising for his election bid despite a NYT report that several of her associates knew about his lies when she endorsed him.

It’s difficult to say if this particular scandal will be the final straw. People often care more about what happens to dogs than other people. Richard Osthoff’s status as a homeless, disabled veteran or the fact that the Brazilian store clerk was left on the hook for Santos’s theft will matter less to many people than Sapphire’s unnecessary death. That’s simply how people are, and belaboring the point won’t do any good. I admit it hits differently for me too, and takes most of the fun out of mocking this The Simpsons character come to life. There’s a tendency to admire a good liar if they’re brazen enough. We are a nation born of tall tales. But a beloved, dead dog is a step too far for most of us. It’s unlikely to change the political landscape; Republicans won’t address Santos’s lies when they can blame voters for making an uninformed decision. Even if, as with Elise Stefanik, they obfuscated the truth from the very beginning. Voters can’t remove Santos until 2024. A House Ethics Committee will take time and even if they recommend expulsion, two-thirds of the House would need to sign on. Right now, two-thirds of the House wouldn’t spit on their colleagues if they were on fire.


← Twitter Is In Dire Straits | Three Albums for Winter: SZA's 'SOS'; Christine and the Queens 'Redcar les adorables étoiles' and Weyes Blood 'And in the Darkness, Hearts aglow' →