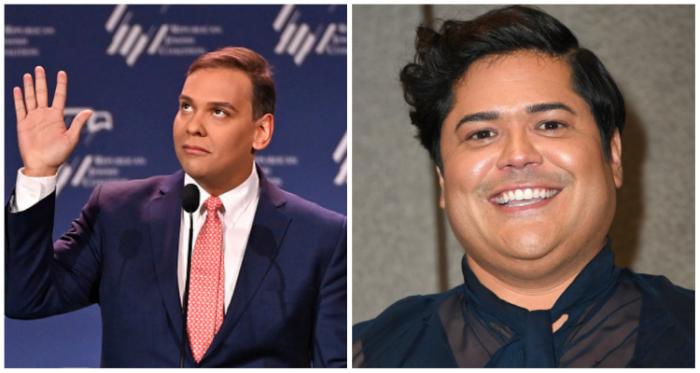 George Santos Is Apparently the Anna Delvey of Politics

For those who haven’t been paying much attention to George Santos because your brain can only hold so much information about evildoers, he’s an incoming New York Congressman. He won a Long Island district as the first openly gay non-incumbent Republican to win a Congressional seat. The district voted for Biden by eight points. In the weeks since he was elected, however, reporters — starting with the New York Times — have revealed that the man’s personal and professional history is all apparently a lie. It appears that he accumulated some wealth by giving the illusion of wealth, a la Anna Delvey, and potentially used political donations to support a lavish lifestyle.

Here’s an inexhaustive list of the lies he’s allegedly told:

— Although he is an openly gay man, he failed to disclose that he was married to a woman until only days before he ran for Congress for the first time, in 2020 (he lost to the Democrat).

— He claims to live with his husband, Matt. There is no record of a marriage license.

— He says he went to Baruch College. There is no record of that. In fact, there is record that he was in Brazil cashing stolen checks during the time he says he was in college.

— He has claimed he is Catholic, but he has also claimed he is Jewish. He claims that his grandparents fled the Holocaust. There is no evidence of that.

— He claims he worked in finance at Citigroup and Goldman Sachs. There is no record that he has worked at either place.

— He claims that his Pet Rescue charity has saved 2,500 dogs and cats. The IRS has no record of his charitable organization, and there’s only scant evidence on Facebook that the organization even existed, although it did hold a fundraiser, but the beneficiary never received any of the proceeds.

— He claims that he receives large sums of money from his family firm, the Devolder Organization. There is no evidence that the firm exists, nor is there any evidence that he owns property, despite claiming a family fortune in real estate.

— Though he claims he is the landlord of 13 properties, he was actually evicted from two properties in the mid-2010s for failure to pay rent.

— He claimed that he attended the January 6th rally and that he helped pay legal bills for rioters. Both claims are dubious.

After reporters are done revealing this man’s fraud and he ultimately resigns from Congress (and potentially spends time in prison), someone is going to make a Netflix series out of this. Harvey Guillén is the only man for the role.