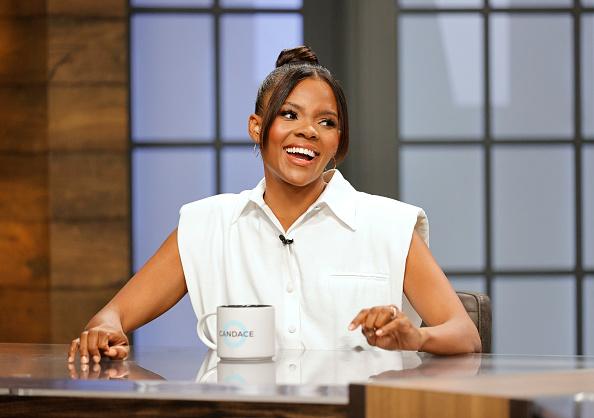 Politically speaking, the last six months have been largely characterized by a split among Democrats between the progressives in the House and conservative Democrats Joe Manchin and Kyrsten Sinema in the Senate and Joe Biden’s inability to successfully navigate that chasm, which has led to the unraveling of his agenda. The thing about national politics in America, however, is that the party getting the most attention usually fares the worse.

With the midterms coming up next year, however, the Republicans are redirecting the spotlight on themselves, and there are plenty of fissures within that party, as well, between the far-right nutters who couldn’t get elected in a swing district to save their lives (Marjorie Taylor Green, Lauren Boebert, Matt Gaetz, Madison Cawthorn, etc.) and the likes of Liz Cheney, herself the far-right daughter of the former Vice President who may be on her way out as the nutters take control of the party.

The nutters, who came into power on the coattails of Donald Trump, are now finding themselves outflanking Trump on the fringe right, at least when it comes to vaccinations. Donald Trump is trapped between his base and his egotistical need to take credit for the quick development of the COVID vaccine. When he and Bill O’Reilly — who stared out at a lot of empty seats on their recent tour together — told an audience that they’d been vaccinated and received their boosters, they were met with a chorus of boos from supporters who didn’t want to hear that vaccinated folks fare better against a virus hoax that doesn’t even exist to many of them.

Now, the likes of Candace Owens and Alex Jones are lashing out against Donald Trump. Owens, at least, tried to be respectful, and by that, blamed Trump’s pro-vaccination status on the fact that Trump is old and apparently senile. “People oftentimes forget that, like, how old Trump is. He comes from a generation—I’ve seen other people that are older have the exact same perspective, like, they came from a time before TV, before internet, before being able to conduct their independent research. And everything that they read in a newspaper that was pitched to them, they believed that that was a reality.”

Owens suggested that Trump didn’t know where to find the good information, which apparently only exists on “obscure websites.” I assume that means the same websites that tout that JFK Jr. is alive and expected to run as Trump’s running mate in 2024.

Alex Jones — whose wife was arrested for domestic violence over the weekend — has taken a more aggressive approach. “This is an emergency Christmas Day warning to President Trump,” Jones said over the weekend. “You are either completely ignorant about the so called ‘vaccine’ gene therapy that you helped ram through with operation warp speed, or you are one of the most evil men who has ever lived … What you told Candace Owens is nothing but a raft of dirty lies.”

Elsewhere, Donald Trump Jr. is abandoning the one thing that used to keep the Republicans together: Jesus. “We’ve been playing T-ball for half a century while they’re playing hardball and cheating. Right?” he told an audience last week. “We’ve turned the other cheek, and I understand, sort of, the biblical reference—I understand the mentality—but it’s gotten us nothing. Okay? It’s gotten us nothing while we’ve ceded ground in every major institution in our country.”

Or, as The Atlantic put it:

The former president’s son has a message for the tens of millions of evangelicals who form the energized base of the GOP: the scriptures are essentially a manual for suckers. The teachings of Jesus have “gotten us nothing.” It’s worse than that, really; the ethic of Jesus has gotten in the way of successfully prosecuting the culture wars against the left. If the ethic of Jesus encourages sensibilities that might cause people in politics to act a little less brutally, a bit more civilly, with a touch more grace? Then it needs to go.

The evangelicals once believed that God gave them the flawed Donald Trump to help advance their agenda. But now the Trumpers are basically saying that Jesus was a schmuck and that the only way to beat Democrats is apparently to abandon God, worship the fringe, troll the libs on Twitter and give up any pretense of civility, as an Oregon father did in telling Joe Biden to “go f**k himself” while Biden was wishing his kids a Merry Christmas.

The way of the Republican party is to draw as much attention to themselves by trying to out-derange one another. That may grab them a lot of headlines, but it’s unclear if it will elicit the number of votes they need to win elections. If it does — if the fringe gains complete control of the Republican party and the institutions of power — it means we’re in even bigger trouble than we thought. Forget vaccine mandates: They’ll mandate we all own an assault rifle and a QAnon Bible.


← Happy Holidays to Everyone Except Josh Duggar | There's an Egregious Continuity Error in This Week's Otherwise Excellent 'Dexter: New Blood' →