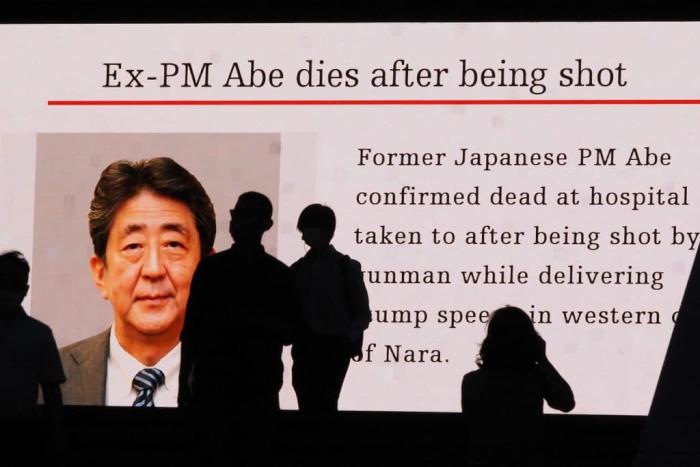 Former Japanese PM Shinzo Abe has been assassinated while giving a campaign speech. He was 67. Abe was Japan’s longest-serving Prime Minister and was campaigning for political candidate Kei Sato in the city of Nara. Doctors at Nara Medical University Hospital, where Abe was pronounced dead, revealed that he had sustained wounds around the right side of the neck, and that the wound was deep enough to reach his heart.

They also noted that medics spent four and a half hours treating Abe. They tried to stop the bleeding and carried out a blood transfusion, using more than 100 units of blood. No vital signs were detected by the time the former prime minister was transferred to the hospital.

The current Prime Minister of Japan, Fumio Kishida, condemned the shooting as an attack on democracy and that Abe was a ‘personal friend.’ Various world leaders also shared their condolences, from South Korean president Yoon Suk-yeol to Turkish President Recep Tayyip Erdogan.

The suspect is in police custody and was named by Japanese news channel NHK as 41-year-old Tetsuya Yamagami, a resident of Nara city. Eyewitnesses said they saw a man carrying what they described as a large gun and firing twice at Abe from behind. Footage of the shooting, which has been shared on NHK and various outlets, seems to confirm that. He was reported to have told police that he was ‘dissatisfied with Abe and wanted to kill him.’ Eyewitnesses initially thought someone was setting off fireworks. It’s unclear how he came to know about Abe’s attendance at the campaign in advance, as the visit was only confirmed late last night.

While Abe enjoyed immense popularity with many voters, he was a contentious figure for his nationalist policies that included support for revising Article 9 of the pacifist Japanese constitution to permit Japan to maintain military forces. He was a member of Nippon Kaigi, Japan’s largest far-right conservative nationalist non-governmental lobby, which is opposed to gender equality, queer rights, and denies that Japan forced women into sexual slavery during the Second World War.