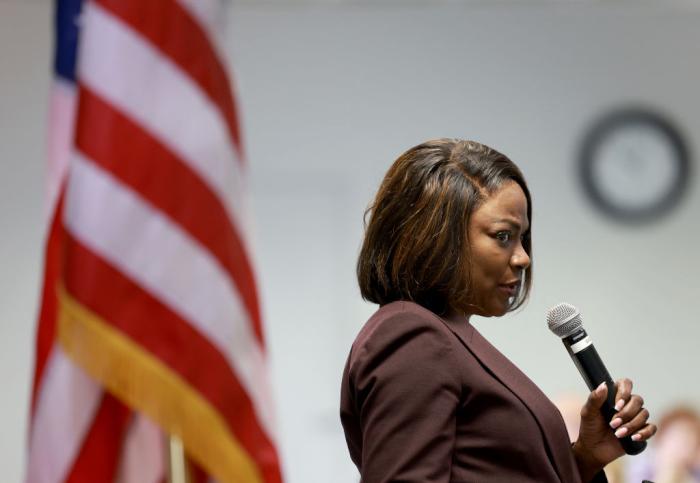 Val Demings and Marco Rubio squared off in the only state-wide televised senate debate in Florida on Tuesday night. By all accounts, Lil Marco was nothing but flop sweat as Val stuffed him in a locker.

Marco Rubio voted to give the biggest tax breaks to the wealthiest corporations, and said he would pay for them by making cuts to Social Security and Medicare. pic.twitter.com/cBOH7kDQt9

Look at his face in that clip. He knows she’s right.

Val Demings absolutely humiliated Marco Rubio in tonight’s debate. Rubio only agreed to one debate. Let’s make this one worth it. Retweet and make sure everyone sees this. pic.twitter.com/Fk1Rrwxi5O

While a lot of the Twitterverse cheered Demings on, “angry black woman” also started trending. There hasn’t been a Black woman candidate yet who hasn’t been labeled as “angry” about something. It’s easier to portray Black women as animals who can’t control their emotions than debate them on the facts. Rubio has already been playing this angle in his attack ads against Demings. His video and social media ads portray her with a snarl on her face and rattle off all of the “radical” positions she supports.

You’re a fascist and why are you using a picture of Val Demmings as an angry black woman? You’re a racist too!! You’re a scum!!!

Of course, Val Demings is angry. Of course, Stacey Abrams is angry. Of course, Kamala Harris is angry. Why shouldn’t they be? Seventy-percent of the country is angry right now. Plus, we keep making these smart, driven, experienced women, who care about the people of this country, debate morons. Against their own best interests, people STILL don’t vote for them. I can’t explain it. But it would be really nice if 2022 was the year we broke the cycle on this, folks.

I think we can all agree she won the debate pic.twitter.com/25KSEz7ST2