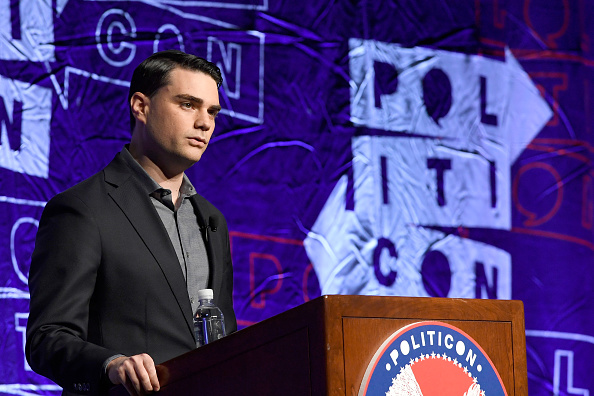 Facebook Denies Role in Vaccine Hesitancy, Is Also Completely Full Of It

After completely biffing the 2016 election and contributing to the election of Donald Trump (with the help of Vladimir Putin), Facebook employed a few safeguards during the run-up to the 2020 election, and we all saw how that played out in the January 6th insurrection and the Big Lie that has taken hold among conservatives thanks, in huge part, to Facebook. Yes, they banned Donald Trump, but it wasn’t even just a matter of too little too late. It was also a matter of: It didn’t matter anymore. It’s like the fire department showing up to a fire a month and a half after the building has burned to the ground.

Facebook is now contributing mightily to vaccine disinformation, which costs lives, shuts down productions, and may eventually lead to a vaccine-resistant zombie variant that wipes out humanity. Facebook, however, refuses to take responsibility and has declined to do anything about it. When Biden went after Facebook for contributing to vaccine misinformation, Facebook issued a press release not only denying their role but claiming that vaccine hesitancy among their users actually decreased. Facebook also claimed that there is less vaccine hesitancy in the UK and Canada, where Facebook employs the same rules.

This is a nice thread tearing apart Facebook’s argument. Here’s perhaps the most salient point:

"We have also labeled and reduced the visibility of more than 167 million pieces of COVID-19 content debunked by our network of fact-checking partners."

"We left up 167 million pieces of disinformation despite knowing they were false." pic.twitter.com/s6jMn1oRLt

Ultimately, however, it comes down to what information Facebook is disseminating. As much as conservatives like to rail against social media for an anti-conservative bent, it’s interesting to note that Facebook won’t release hard numbers about what the most popular posts are on the platform, most likely because Facebook does not want to reveal the extent to which they profit off of conservative news. To wit: Ben Shapiro and The Daily Wire — which touts itself as the number one publisher on Facebook — is absolutely dominating the platform:

Ben Shapiro is the best at what he does. He dominates Facebook like no other web publisher, and we built a tool to explore that domination:

The top line, is Shapiro's website. Those little blue lines at the bottom? The NYTimes / The Wash Post / CNNhttps://t.co/GqiIVSJxwd pic.twitter.com/2vjSeJW2Om

You won’t be surprised to learn that The Daily Wire — in addition to regularly trashing trans-athletes, Kamala Harris, AOC (so many AOC posts!) and Hunter Biden — spends a lot of time fear-mongering about the vaccine. It’s less misinformation, and more about government overreach when it comes to our bodies, which is ironic considering their position on abortion.

The top-performing link posts by U.S. Facebook pages in the last 24 hours are from:

Some real anti-conservative bias there, huh? Also, Dan Bongino has a weird sense of humor, and Ben Shapiro is a twerp. 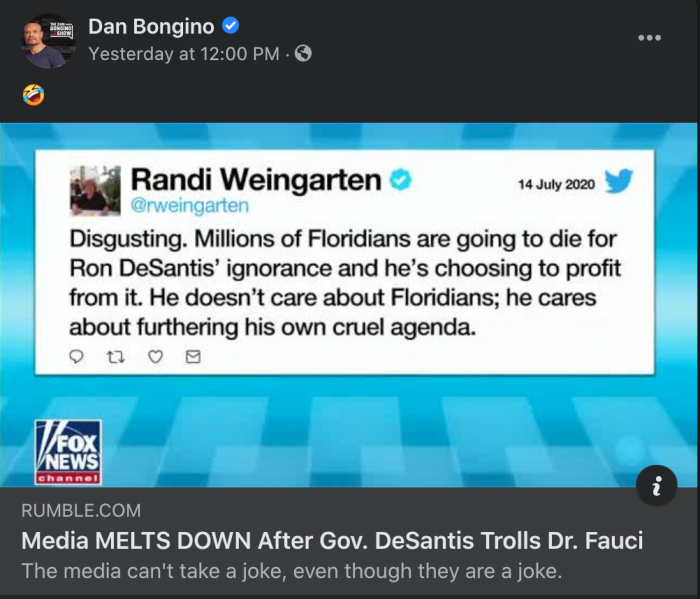 There are 190 million Facebook users in America. These are the most popular outlets. Don’t tell me that Facebook doesn’t contribute significantly to the vaccine misinformation problem.

← Never Underestimate Kevin Smith the Business Person | Kate Herron On Why ... She Is Not Returning for Season 2 ... of 'Loki' →