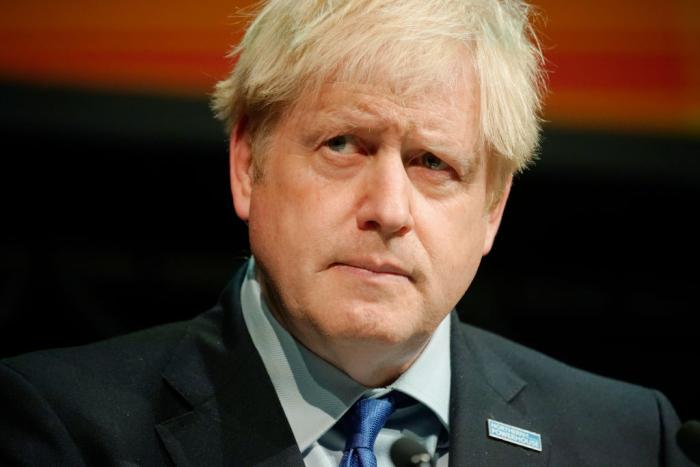 Hello and welcome to another episode of Brexit Karaoke! Last time we had a sing-along, it was to mark the start of Boris Johnson’s time as Prime Minister, with ‘Master of the House’. Start your vocal warm-ups now, while I set the scene. There are some high notes coming soon — you’ve been warned…

This week, Bo-Jo has been having a (deservedly) Very Bad Time Of It. The October 31st deadline is creeping closer. He’s claimed he would rather die in a ditch than ask for an extension from the EU, even though Parliament passed a law saying that he would have to do so if a deal had not been agreed by this point. He’s apparently working on a way to get round that law with some sort of devious plan. So that’s a new level of awful. In the meantime, he can’t leave the house without being booed and the EU outed him for not doing his homework again. Will he have to resign? Or will he plunge the country into the chaos of a No-Deal Brexit, thereby breaking the law and risking going to prison as a result? SO MUCH WINNING…

Remainers
Are we still leaving? Is this still happening?
Caught in a deadlock, no escape from the misery.
Sip on your tea, then watch some TV and see…
He’s just a rich boy, he needs no sympathy,
Because at best he is an idiot or Dominic’s little pet,
Anyway the deal goes, doesn’t really matter to him…to him.

Boris [looking longingly at a portrait of Winston Churchill]
Winston, just gaffed again,
Ran away from all the boos, was embarrassed on the news.
Even shamed by Luxembourg!
(Is that even a real country anyway?)
Winston, ooh, only wanted to be loved!
I’ve got to face them all again tomorrow,
Carry on, carry on, getting heckled by Remainers…

[He stands up and goes to the window]

Too late, my time has come.
Cummings swears that I’ll be fine, that I’ll get a win this time.
Goodbye, everybody, I’ve got to go.
Gotta try and blag a deal with them somehow.
Winston, ooh (Heckled by Remainers)
All I do is lie —
I even lied about spaffing up the wall!
 
[Boris goes to meet the EU Leaders. Head down, shuffling miserably.]

Juncker
I see a little silhouetto of a man…

Boris
I’m just a rich boy, nobody loves me.

Remainers [leaping up from their hiding place]
He’s just a rich boy from a rich family!
Spare all of us from this monstrosity!

Boris [desperately]
If I try a little charm, will you let me go?

EU leaders
Oh, we wish you would just go.

EU Leaders
We don’t want YOU to go

EU Leaders
You wanna go or no?

EU Leaders
YOU can bloody go

[The Queen appears. She’s not pleased.]

The Queen
So you think you can use me and lie to my face?
You’re a stain on the nation, a bloody disgrace!