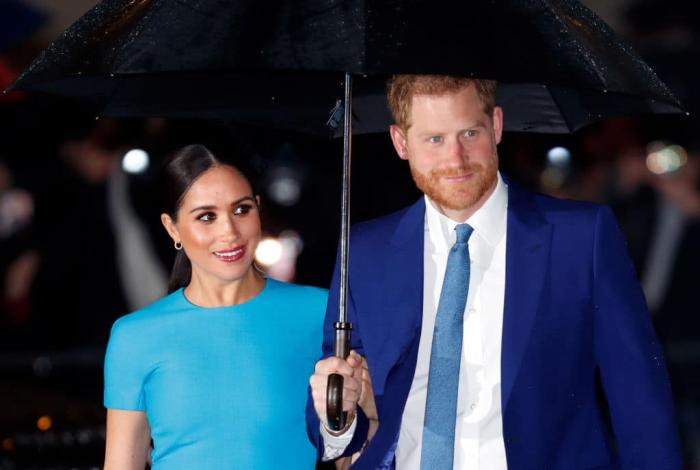 What do you do when you’re a giddily incompetent pseudo-fascist occupying the highest office in the land during a literal pandemic? Do you take the time to listen to the experts so you can help to stave off the spreading of a virus that has killed thousands of people and has the power to wipe out a tangible portion of the population? Or do you take to Twitter, like a dollar-store gossip columnist, to get mad about some celebrities?

Alas, Donald Trump, regardless of the situation, will always pick the latter. Now, he’s decided to go after Meghan and Harry, partly because it seems like the cool thing to do right now among screaming racists. In case you missed the news, the Sussex pair have now allegedly relocated to Los Angeles full-time. Not a brilliant move in the middle of a pandemic, it must be said, but an expected one, given that Meghan is a native Californian and her mother lives in the city. This is, apparently, the worst news of the day for old Donny here, so he had to tweet about it.

I am a great friend and admirer of the Queen & the United Kingdom. It was reported that Harry and Meghan, who left the Kingdom, would reside permanently in Canada. Now they have left Canada for the U.S. however, the U.S. will not pay for their security protection. They must pay!

One of the reasons the couple probably decided to move to Los Angeles, aside from family connections, is because it would signal their wholehearted commitment to living independently and on their own dime. Staying in a Commonwealth nation like Canada would continue to put pressure on the government to foot their security bill, even if they were paying it themselves. Going full American takes away that obligation. Besides, the whole point of them leaving behind their roles as senior royals was so that they could be financially independent and not rely on taxpayers to fund their work. Like, this was a huge effing deal, remember?

I feel a bit silly even bringing attention to Trump’s obvious attempt to get people talking about something other than his own incompetence, his government’s failure to deal with the coronavirus, and his straight-up racism towards reporters who dare to ask him questions. But this is the man who has always wanted to be a celebrity more than he ever truly desired becoming President. This f**ker is way more proud of his work on Celebrity Apprentice than anything he’s done while occupying the White House. Going after Meghan Markle is just another way for him to pretend that his real job is being a talking-head to the stars and not, you know, THE F**KING PRESIDENT.

← Jim And Pam Were Not Meant To Be on 'The Office' | Bryan Fuller, Lee Pace, Anna Friel And Kristin Chenoweth Live-Tweet 'Pushing Daisies' Rewatch →