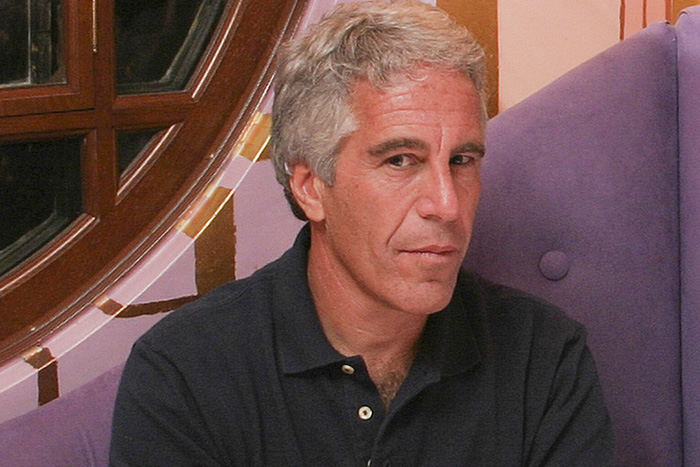 Why the Jeffrey Epstein Conspiracy Theories Are Dumb as Hell

While Dustin wisely stayed out of the muck surrounding the Jeffrey Epstein conspiracy theories and instead focused on the likelihood of Bill Clinton and/or Donald Trump using Epstein’s services, I’m an idiot, so I’m going to barrel right into this thing and hope to God I’m using Occam’s Razor like a careful surgeon and not an over-caffeinated monkey with a knife. (It’s gonna be that last part.)

Right out of the gate, I believe the official story that Epstein committed suicide, and there’s a very simple reason why. For years, he practically operated right out in the open with little fear of facing consequences for his actions. Even when he was caught — and holy shit, was he ever — Epstein barely lost a step thanks to an outrageous and egregious plea deal that let him continue to be an “alleged” rapist piece of shit even while being monitored by Florida authorities. (At one point, he all but admitted to a New York Times reporter that he rapes teenagers — and the reporter kept trying to change the subject.) What people forget is that Epstein only landed back in jail because his plea deal was finally invalidated after a decade in court. In an instant, he was spectacularly f*cked and placed into the dangerously understaffed federal prison system where the prospects of getting out were slim to none. It only stands to reason that Epstein took the coward’s way out, which despite what movies and TV tell you, would’ve been very easy to do. The breathtaking mountain of evidence that should’ve put him away for life was not only back in play, but so was whatever nasty business he got into since then. This was it.

But because America is a f*ckhole of dumb, the conspiracy theories immediately fired up, and there was a different flavor for every side of the aisle. Liberals accused Trump, conservatives accused the Clintons, BernBros accused a shadowy cabal of capitalists (plus the Clintons), and the Brits blamed Prince Andrew. No matter what your politics are, there’s a way to pin a pedophile’s murder on your ideological enemies. It also doesn’t help that wackjob theories are sure-fire click machines and goddamn catnip for social media.

Epstein's Death Was On 4Chan Before Officials Announced It — Now Authorities Are Investigating https://t.co/gzTOL0n83v

At first glance, this misleading headline would have you believe that someone posted to 4Chan that Epstein was going to die before it happened. However, if you read the article, what actually went down is an EMT may have posted details about Epstein’s presumed cause of death (cardiac arrest from hanging himself) and the attempts to revive him before authorities told the press. But that’s not as sexy as making it sound like Epstein’s “murder” was teased on 4Chan by the killer(s).

And of course this galaxy-brainer who speaks only in 800-tweet threads is getting in on it:

BREAKING NEWS (CBS): "CBS News has learned that the morning of Jeffrey Epstein's death there was shouting and shrieking from his jail cell. Guards attempted to revive him while saying 'breathe, Epstein, breathe.'"

Wait… who was "shrieking"? https://t.co/ie52jRYxyD

I don’t know, Seth, maybe it was the desk clerk or unsuspecting teacher who was forced into temporary guard duty by a severely understaffed prison and stumbled across a goddamn body? Or here’s a thought, maybe it was the dude dying from a f*cking heart attack.

Look, I can do this all day because I have very little respect for my time, but let me bottom line it: Killing Epstein makes no goddamn sense. None. Look what happened right after he died: The Feds raided Pedo Island, which is way worse than Epstein talking. For Chrissake, we live in a country where an alleged rapist was floated right on up to the Supreme Court directly in front of his victim’s face. If someone put Epstein on the stand and he named every single rich asshole who procured his services, it would mean jackshit without hard evidence because men have carefully built a society that treats rape accusations like a fart in the wind. Fortunately (or unfortunately), Epstein knew that, which is why he was sitting on a goddamn treasure trove of videos and photos. The dude literally had discs labeled “Underaged Girls” or something equally as gross. And guess what? The FBI already had most of it ten years ago, and they just scooped up a butt-ton more in the past month because the target is no longer just Epstein. It’s whoever failed his victims by not bringing him to justice the first time.

So whatever dirt Epstein had, it’s coming out whether he’s dead or alive, which is why dabbling in conspiracy theories is a moron’s game. Back me up, Donny.

Trump argues his retweet of a @w_terrence tweet suggesting the Clintons murdered Jeffrey Epstein "was fine" because Williams is "a highly respected conservative pundit. A big Trump fan. And that was a retweet … he's a man who has half a million followers." pic.twitter.com/7fCwb59T3L