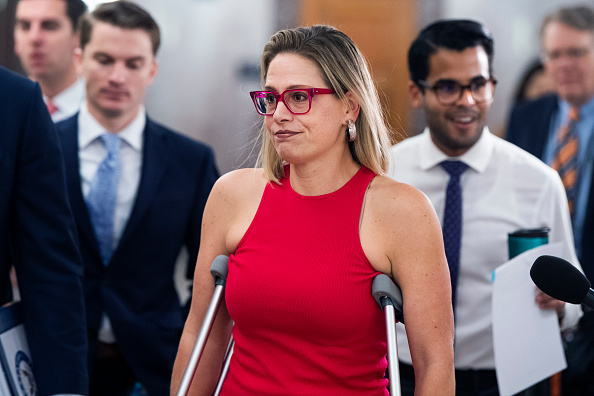 Yesterday, the Senate voted along partisan lines, 50-50, to block discussion of a Voting Rights Bill, the number two priority for Democrats after the election of Joe Biden (after COVID-relief). It’s just not going to happen because, as is so often the case, the Democrats — here specifically Senators Kyrsten Sinema and Joe Manchin — continue to insist upon shooting themselves in the foot.

To overcome the filibuster, the Democrats need 60 votes. However, to end the filibuster, the Democrats only need 50 votes. Ending the filibuster on the Voting Rights Act would effectively put an end to the draconian voter suppression laws passed by 18 Republican states since the 2020 election. A Voting Rights Act would ensure that more people would be able to vote, which is obviously the Republicans’ worst nightmare. It could very well mean the erosion of minority rule in this country.

But it’s not going to happen. The Democrats have vowed not to give up! They have vowed to push it through piecemeal. They have vowed to continue the fight! That fight is gonna be a lot harder when Republican states that have stripped power away from their Secretaries of State suppress the votes of people of color and/or start overturning elections that do not go their way. People in cities will continue to have to line up for hours to vote — because Republicans have rolled back early and mail-in voting opportunities in those states — while Cletus in Toad Suck, Arkansas can walk right up to the polls, give a wave to Jeannie, and register his vote, in and out in five minutes. Meanwhile, Sam in Atlanta has to take the day off, wait in the sun for 6 hours, and if anyone offers them water, they will go to prison.

And when Democrats lose the House, and their 50-50 edge in the Senate next year, it will be too late to do anything about it. When Sinema runs for reelection in 2024 and faces someone more formidable than Martha McSally, and wins by a scant 7,000 votes, and the Governor overturns the outcome over the objections of the Secretary of State, Sinema will have only herself to blame. When Democrats once again score 12 million more votes than Republicans in next year’s Senate races and still lose seats, we will have Joe Manchin to thank.

I hope you folks in Georgia like Herschel Walker, the former NFL player and Trump supporter who has been pushing the Big Lie, because he may be your next Senator, whether he gets the most votes or not. A vote against ending the filibuster is basically a vote for Trump candidates.

← Allison Mack Rolled on Keith Raniere for a Lighter Sentence | Rob Delaney's 'Sexy Beasts' is Like Speed Dating On the Island of Dr. Moreau →