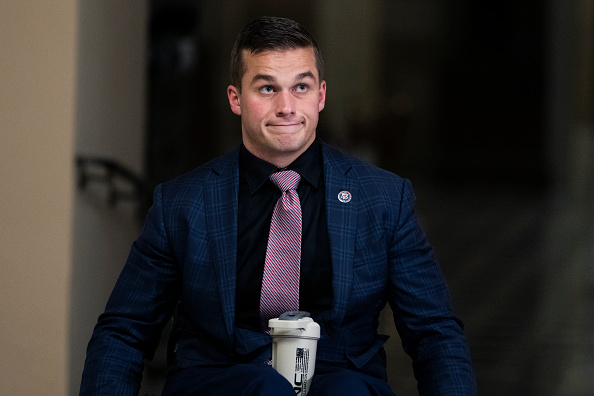 Madison Cawthorn, elected to the U.S. House of Representatives from the state of North Carolina in 2020, is among the more inflammatory zealots in Congress these days (along with the likes of Marjorie Taylor Green and Lauren Boebert). Earlier this month, the rising star of the far right — who has been accused of sexually aggressive behavior, sexual misconduct, and sexual assault by a number of women — also compared American women to “earthen vessels” while arguing against abortion.

After only 8 months of marriage, it appears Cawthorn will be looking for a new earthen vessel, as he announced yesterday that he and his wife, college student Cristina Cawthorn, will be divorcing, only six months after she referred to Cawthorn as her forever crush. Love is dead?

The timing of the announcement is interesting, too, two days after Cawthorn told a crowd of mostly college students that they should drop out of college and marry young because college, like his entire political life, “is a scam.”

Madison Cawthorn today to an audience of mostly college students: “I think you should home school. I was home schooled all the way through. I am proudly a college dropout. Unless you are becoming a doctor or lawyer or engineer, I highly encourage you to drop out.” pic.twitter.com/fgQ6v2yjKf

What kind of Earthen vessel has the nerve to leave such a man's man as Madison Cawthorn? An unworthy one, obviously. #thankyounextpic.twitter.com/I5lHe2QSXQ

Cawthorn asks for privacy as he and his future ex-wife work through this privately, or at least until she releases a tell-all book about her relationship with Cawthorn. In the meantime, Cawthorn faces a running list of criminal allegations against him.