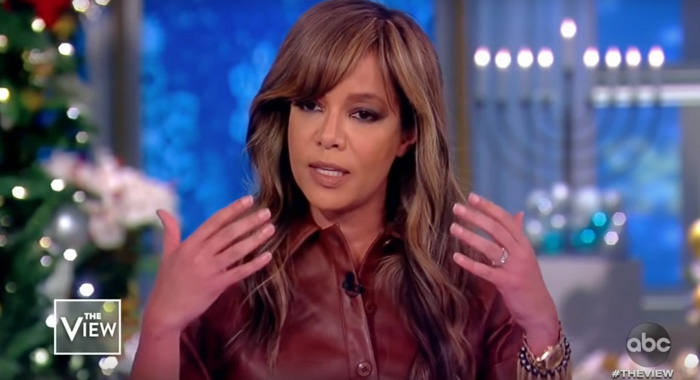 Sunny Hostin Is Not Here for Chris Christie's Impeachment Bullshit

If someone were to say that a major failure in modern political discourse is that characters like Chris Christie are invited onto The View as if they have any sort of legitimacy whatsoever, there’d be no arguments from me. In theory, Christie is a former U.S. attorney who was in Trump’s orbit before being iced out by Jared Kushner on account of said attorney-ing, but he’s also consistently shown himself to be a full-on party bootlicker to the point where it looks like he’s swallowed more than a few over the years. Christ, a leaky Magic 8-Ball could’ve predicted Christie’s contribution to an impeachment discussion, and he didn’t disappoint. Fortunately, Sunny Hostin was on hand to, legally speaking, rip his goddamn face off.

As a quick aside, as much as I dunk on The View for being “part of the problem,” I also write pretty regularly about Meghan McCain’s constant tantrums because it’s both a reliable source of traffic and a backdoor for me to fling my own political thoughts. Granted, I try to paint a picture of the stark contrast between Meghan and her co-hosts, but in that process, I admittedly emphasize the petty schadenfreude while inadvertently downplaying a fact that doesn’t get talked about enough.

Sunny Hostin is the MVP of The View. She’s a f*cking force.

With the obvious exception of MY FATHER™, the majority of the hosts are mostly knowledgeable but nowhere near the expert level of Sunny. (Although, Ana Navarro is a close second, so naturally, Meghan hates her and reportedly used her pull to block Navarro from being a full-time host.) So whenever a guest shows up to The View thinking they can pull some shit because it’s just a talk show, Sunny disabuses of them that notion pretty damn quick, which brings us to Christie.

After playing a clip of Trump’s Monday night rally in Hershey, Pa. where he called the FBI “scum” and predictably tried to discredit Adam Schiff, Joy Behar brought up recent polling that shows a growing number of voters are opposed to impeachment (goddammit) which gave Christie an opening to trash the Democrats for failing to make the process bipartisan as if that was ever going to happen. He also made a stupid comparison to Clinton’s impeachment, but we’ll swing back to that because, more importantly, Sunny wasn’t here to play. Via Raw Story:

“Isn’t it also a constitutional process, though?” Hostin said. “In my thought, it’s, you know, Congress is supposed to provide oversight. That’s the oversight function, and that’s why I don’t understand folks are saying it should be bipartisan, and this has become partisan.”

Christie tried to cut in, but Hostin laid out the evidence.

“I don’t understand why the facts of this are partisan,” she said. “I mean, who can’t see that the president of the United States pressured a foreign government to dig up dirt on his political opponent to inure to his benefit to affect our very democracy, and calls himself a patriot. He’s just a liar.”

It’s important to note that after Sunny dropped that bomb, Christie’s face looked like this because he truly thought he was going to saunter on the show and, I dunno, cook a frittata with Katy Perry or some shit. 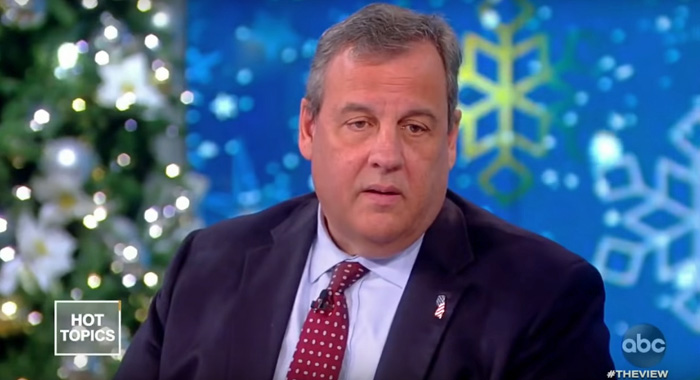 As for Meghan’s contribution to this discussion, you cannot make this shit up. She literally spent the whole time looking around because she kept hearing a drum. I’m not even joking. The clip is at the bottom, and if you try to say she wasn’t an exact replica of this Winona Ryder GIF, I’ll call you a liar.

“Because we know the Republicans aren’t going to defend the Constitution,” Hostin said in response. When Christie again brought up the Clinton impeachment process, she added, “That’s why, Chris, it’s the height of hypocrisy that it’s the same sitting senators that are now still sitting, voted to impeach and convict President Clinton for having an affair with Monica Lewinsky, but will not impeach and convict this president.”

Here’s the best part of this beatdown. If you watch the clip, it opens with Christie joining the panel as everyone is all smiles and light banter including Sunny who says, “Don’t worry, we’ll go easy on you.” Considering Christie is a former prosecutor, you’d think he’d realize he just got buttered up for the kill, but then again, we’re talking about a guy who keeps bending over for a dry helping of orange mushroom dick. It’s like watching people have brain worms once they turn Trump, which makes the rally at the beginning especially awesome because that’s my whole backyard. There’s a reason I’m a weird shut-in who knows way too much about Meghan McCain, and it’s everyone in that audience. 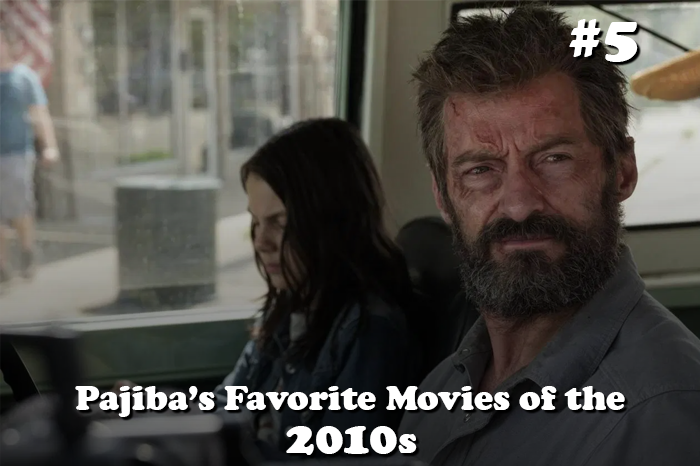