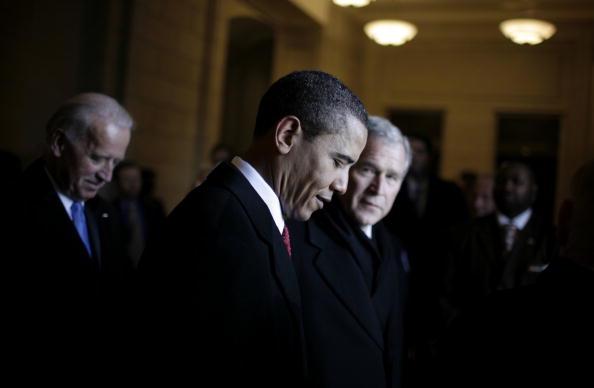 Bush, Obama, Trump and Biden. In Afghanistan, They Are All to Blame

I am not particularly well-versed in Afghanistan, but it also feels weird not to talk about the biggest story of the day. Here’s what I do know: Until the government of Afghanistan fell quickly to the Taliban, withdrawing troops from the area had fairly broad support by both progressives — for anti-imperialism reasons — and Trump Republicans, for what felt like mostly selfish, isolationist reasons (i.e., America should not be spending our resources in foreign countries). There were, however, a handful of moderates — mostly with military backgrounds — who it seems would’ve been happy to occupy Afghanistan for another two decades or more.

I honestly do not know what the best course of action would have been. It’s easy to blame this on Bush, too, because he started the goddamn war in the first place, but the endless war also bought Afghanistan 20 years in which it wasn’t ruled by the Taliban, and I think we can all agree that Taliban-rule is bad. But, what is happening today seems as though it were inevitable. At some point, the U.S. troops would pull out, and at that point, the Taliban would re-occupy the country. If there’s anything in which we failed, it was in not being able to properly train the Afghan military to take over once we left.

Bush put us in this situation, Obama kicked it down the road, and Trump hamstrung us. Biden has wanted to withdraw troops since he was Vice President, but obviously not this way. Trump cut a deal with the Taliban (without involving the Afghan government), and basically said, we’ll get out if you promise not to kill any U.S. troops on their way out. The Taliban agreed, let U.S. troops move out without violence (against them), and then used the military resources the U.S. military left behind to … take over Afghanistan.

Mitch McConnell and the conservatives are blaming Biden for this disaster, even though it’s exactly what they (and Trump) wanted in the first place (see also: Kurdistan):

They set this in motion, and Biden followed through on it because he felt obligated to honor our commitments, even if those commitments were arranged by a prior administration. What progressives, meanwhile, are rightfully blaming Biden for was the hasty, disorderly way in which we withdrew from Afghanistan without first removing translators and others who aided the U.S. military, thousands of people who will almost certainly be executed.

However, even progressives seem to believe that the incremental progress in terms of women’s rights and other modest cultural advances made in Afghanistan over the last 20 years was ultimately a lost cause because of their belief that we shouldn’t be imposing our values in other countries. That’s imperialism.

As one of the smartest people I know told me, there was probably nothing we could have done to prevent the collapse of Afghanistan’s government. In hindsight, Biden could have unilaterally saved a lot of people by getting them out. But that would require a president acting unilaterally, and that ain’t Biden. He allowed Republicans in Congress to ensure it wouldn’t happen, just like he allowed them to sink any hope at guaranteeing voting rights.
Thousands of Afghan citizens are going to die because once again we have an evil party and a spineless party, and nothing good and decent can ever happen. Ultimately, however, it’s the people of Afghanistan who will pay for our mistakes.


← John Oliver Takes a Swipe at the New Host of 'Jeopardy!' Mike Richards | 'The Amber Ruffin Show' Gets The Applause It Deserves →