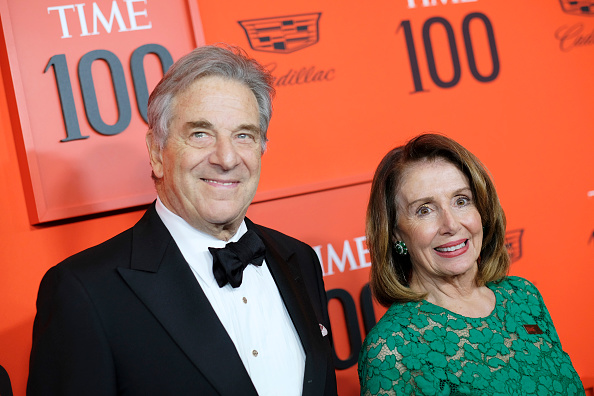 Both Sides Should At Least Agree on This Basic Principle: Murder Is Not OK

We didn’t write about the attack on Nancy Pelosi’s husband, Paul Pelosi yesterday. We are not a breaking news site; we are a commentary site, and the commentary surrounding this attack was both ghastly and predictable, just as the attack itself was both ghastly and predictable. It took no time at all for Fox News to minimize the attack; for Caitlyn Jenner to blame the violence of San Francisco; for the right to chalk it up to a crazed loon acting alone.

He may have been crazed, and he may have been acting alone, but it’s only because he’s been radicalized by a Republican party steeped in conspiracy. He may have acted alone, but he did so with the implicit permission of the tens of thousands who advocate this brand of political violence. TFG is out of office, but it’s not getting better. It’s getting worse. I don’t know where it stops. A lawmaker will be killed, and I doubt that will change anything, either, because the person who commits the assassination — regardless of how extreme he has been radicalized by elected officials or the top cable news channel in the country — will still be characterized as acting alone. Things are bad, and I would expect them to get worse over the next 12 days, and maybe thereafter, too.

I know there are thousands of liberals who would probably celebrate the deaths of certain Republican public officials (or Supreme Court justices), but at least Democratic politicians aren’t encouraging it, at least our media echo chambers do not advocate political violence.

All the same, I think it’s incumbent upon the entire media infrastructure — from Fox News to the Daily Kos — to at the very least say, “Hey! Murder is not OK.” It’s not OK to kill Nancy Pelosi, and — no matter how much you might detest him — it’s not OK to kill Mitch McConnell, either. Vote. Protest. March. Get so angry that your teeth crack from grinding. But don’t murder.

Jake Tapper — of all people — says it best here.

“We’re at a moment right now of extreme polarization, where calls for violence are leading to actual violence. We cannot pretend that these are all isolated, fringe events. There are people in mainstream accepted society - elected officials, TV anchors, others - who have been creating a permission structure that is helping to open the door to this violence, a permission structure created when they dehumanize opponents or smear them, or belittle or make light of acts or threats of violence against their perceived foes or spread conspiracy theories.”

We don’t need to offer examples of those permission structures — we see them every day on Fox News, on social media, from the former President of the United States. We know exactly who Tapper is talking about. I don’t know how to make it stop, but we should at least speak out against it.


← Review: Cate Blanchett Is Maestra Of Us All In The Career-Defining 'Tár' | Everything You Need To Know About 'The Thing' For Its 40th Anniversary →