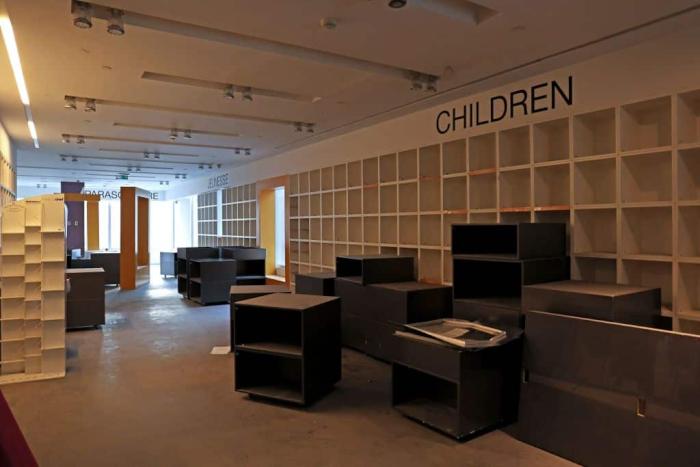 I don’t know if you know this, but most of us here at Pajiba are really just weird book nerds whose “TBR” lists grow every time Kayleigh publishes a book recommendation superpost. We used to regularly publish book reviews. And our beloved, and much missed Warrior Queen, AlabamaPink, has been the inspiration for many Cannonball Reads.

Needless to say, there were many flames, flames on the side of our faces yesterday when word got out about the overreaching book ban in Utah’s largest school district. Fifty-two books by 41 authors have been targeted. Twenty-seven of those authors identify as female, 21 of the books feature LGBTQ+ characters or themes. Notably, the ban includes Judy Blume’s Forever, Nineteen Minutes by Jodi Picoult, and the 2015 Caldecott Honor Book written by Mariko Tamaki, This One Summer. Notable because one of the reasons given for banning these books is their lack of “literary merit.” coughbullsh*tcoughcough

The library audit took place under the auspices of a new, “Sensitive Materials In Schools,” law and guidance released by the Utah Attorney General in June “to immediately remove books from school libraries that are categorically defined as pornography under state statute.” I’m going to go out on a real thin limb here and guess that the definition of pornography in Utah is broad. If we’re banning books on their lack of literary merit, Bill O’Reilly has written a couple of dozen we could put ahead of any author on this list. 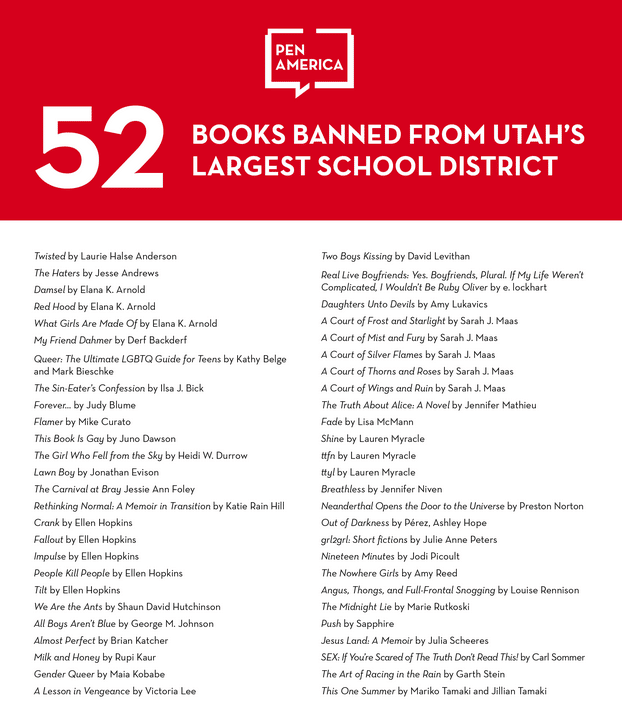 You are on the wrong side of history and Levar Burton if you support the banning of books. There’s a very simple solution to making sure your kids don’t read books you don’t want them to. Just tell them not to. LOLOLOLOLOLOLOLOL Yeah, that works about as well as banning them does. As the saying goes, all publicity is good publicity. So the more you fight to ban stuff, the more people will be interested in it. Besides, this is the 21st century. Ban the book and someone’s just going to make a movie. Are you going to ban those too?
Don’t answer that.

Book banning is not new. It’s been the tool of fascists, dictators, and Nazis since Gutenberg invented the printing press. It’s not even new here in America. The first recorded book banned here was by The Puritans (naturally) in 1624. In the 1980s, Banned Book Week was established when the American Booksellers Association and the Office for Intellectual Freedom (an arm of the American Library Association) came together to fight book bans and bring attention to falsely maligned literature.

But because of a nifty little thing called the First Amendment, you can’t just go around banning books based solely on their content. Government agencies keep getting more “creative” about their reasons for banning books on moral grounds. And, dear readers, that only works if everyone sits quietly and accepts it when school boards do things like this.

Yesterday was election day in states all over the country. Some good things happened. And some not so good things happened. But, things are happening. The midterms are coming and I’ll continue to beat this drum until the polls are closed in November. If you can spend some time or money supporting voter registration and/or turn out efforts in your area or in those pesky purple states, go do it. And read a book, for the love of Godtopus!


← Alec Karakatsanis Breaks Down Copaganda On 'The Daily Show' | Review: 'Hypochondriac' Is More of the Same but Different →