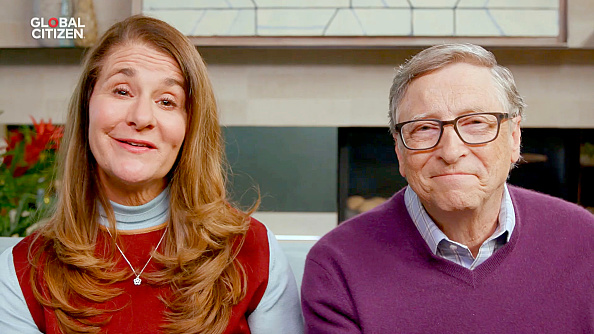 Petr ran the gamut on Bill Gates the other day , taking aim at his public image makeover over the last decade, and the way he has been reconfiguring “from a predatory, monopolistic capitalist into saintly ‘good billionaire’ philanthropist.” This passage is probably the essence of Petr’s piece:

As with any such foundation that very publically makes it its business to be concerned with the plight of the world’s poor and ‘underprivileged’, the Bill & Melinda Gates Foundation’s real raison d’etre is the projection of undemocratic power and public relations management on behalf of that power. A billionaire perpetuating his influence while pretending to be doing it for the good of the world, in other words. The exploiter trying his hardest to make sure the word ‘underprivileged’ keeps on being used instead of the more accurate term, ‘exploited’.

It was kind of weird that Bill Gates — the guy who created Microsoft Windows — suddenly anointed himself an expert on public health and pandemics last year, and we all just sort of went along with it because he’s a billionaire and we fetishize money so much in America that we assumed it accorded him sort of expertise, like every $100 million is the equivalent of a PhD or something.

What was interesting about Petr’s slam piece is that nowhere did it mention that Bill Gates had issues in his sexual history. YOU THINK YOU KNOW A GUY! Sure, Bill Gates may be problematic in all sorts of other ways, but was he Epstein problematic?

Maybe.
The Wall Street Journal is reporting that Melinda Gates first sought a divorce in 2019 when it originally surfaced that Bill Gates had some connections to Jeffrey Epstein. From The Guardian:

Earlier this week, the Daily Beast reported that Melinda Gates warned her husband about associating with Epstein in 2013. The Wall Street Journal cited a former employee of the Gates Foundation who said relationships between the two men and other Gates employees continued after that warning.

The Journal said court documents showed that Melinda Gates spoke with legal advisers a number of times around publication of the New York Times story in 2019.

A spokesman for Bill Gates told the Journal he stood by a statement about Epstein given to the paper that year: “I met him. I didn’t have any business relationship or friendship with him.”

OK, now let’s think about this for a second. Gates denies any improprieties, and he’s a billionaire, so we should probably just believe him, right, like we believed him when he anointed himself a public health expert? It is a bit weird, though, that Bill Gates was the only guy who forged a relationship with Epstein after his convictions. Gates said it was for philanthropic efforts but, like, Bill Gates has all that money, and that huge foundation. How much was a man convicted of having sex with multiple, multiple underage girls really worth to Bill Gates in the philanthropy department? Jeffrey Epstein was worth like $600 million, which to be honest is small potatoes to a guy like Bill Gates. Plus, Melinda told him to stay away from Epstein, and Gates still met with Epstein.

It doesn’t make a lot of sense, does it, and there’s not a lot of counter explanations for it, are there? I’m not saying that he did anything inappropriate, because I don’t want to get sued. But, also rich, powerful men can be so predictable, can’t they?

← 'Venom: Let There Be Carnage' Trailer Here to Steal Your Heart | Come Get Vaccinated at Dracula's Castle! It's Definitely Not a Trap Set by Hungry Vampires... →