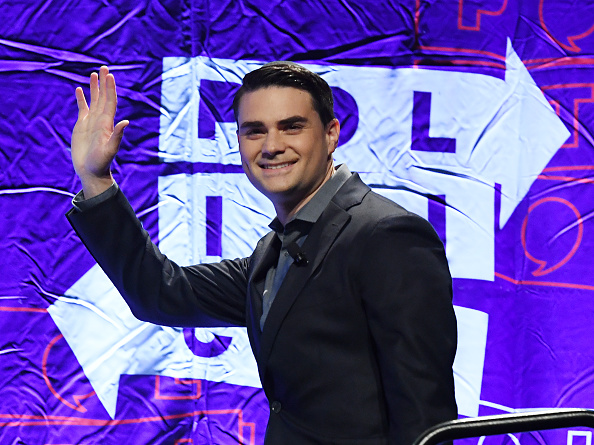 Ben Shapiro Being Humiliated by a College Student Is Going Viral

Last year, a man in Montana approached Tucker Carlson in a fish and game store and called him “the worst human being known to man.” It was not an inaccurate sentiment, but the, ahem, snowflakes on Fox News basically turned that entire ordeal against the man. For a solid week, there were debates about whether it was OK to confront a public personality in public. They were going off on it on The View, in NYTimes Op-Eds, and on social media for days. The man and his wife — who had turned off their phones and gone on a camping vacation — returned a few days later to death threats and nasty letters. Even the guy who ran the Montana fishing store was harassed by right-wing nutjobs for weeks.

All of which is to say: Enjoy watching Ben Shapiro being humiliated by a college student during a lecture while you can, because Shapiro, Carlson, and the rest of the “f**k your feelings” crowd whose fans regularly threaten violence against the media will almost certainly turn this into another debate about “civility.” The good news is, in that debate, they’re going to be forced to play a clip of a student calling Shapiro a bozo who can’t get his wife off hundreds of thousands of times.

Here’s a reminder of why the student suggested Shapiro couldn’t get his wife “wet.”

If you ever feel dumb, then remember Ben Shapiro once shared with world that his wife told him it's normal he doesn't get her wet

Call me old fashioned,but can't imagine set of circumstances where someone thinks discussing state of his wife's vulva in public forum is a good idea pic.twitter.com/7TX0ddow2r