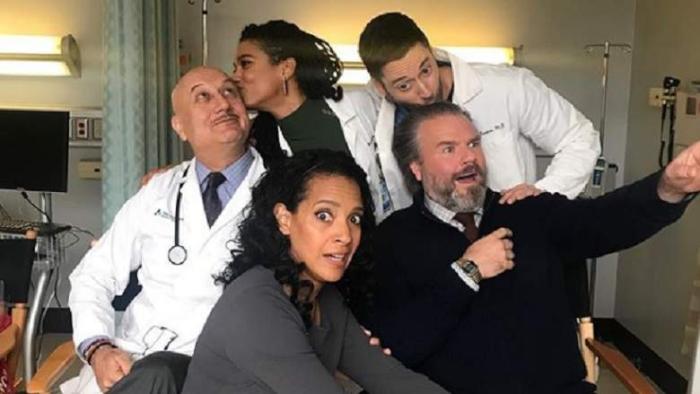 Before You Allow Yourself to be Crippled By Fear, Remember This: Medical Professionals Perform Miracles as a Matter of Course

There’s a BBQ joint nearby that was offering a take-out deal for families on Sunday, and the Rowles family was quick to jump on it. I got myself something called a tornado burrito — chopped brisket, pulled pork, sausage, Texas Red BBQ, rice and beans, cheddar jack, and chipotle ranch. It’s amazing, and it even comes with a side of mac n cheese. I’ve ordered it before, and it’s so big that typically I get one and split it with my son. But there was a deal! and I was hungry. And I am grief eating, y’all.

I ate the whole thing. Plus some mac & cheese. I spent all day yesterday with an upset stomach that still hasn’t completely subsided. But in these trying times, an upset stomach isn’t just an upset stomach. By the evening, I had fully convinced myself that I had it. And I’ll be honest with you: I am a healthy relatively young (for these purposes) dude with no underlying health conditions. In fact, I rarely get sick. But I am terrified of this and convinced that my luck has run out.

Much of my terror is because of David Lat’s experience. Some of you — particularly those in the legal field — may be familiar with David Lat. He founded the legal blog, Above the Law, and by all accounts is a terrific guy. When Seth and I ran Quizlaw, we read Above the Law every day. It was the gold standard for legal blogs, and probably still is. He is my age, and he runs marathons, and with the exception of some exercise-induced asthma, he is healthy. He’s on a ventilator right now, taking experimental drugs and fighting for his life.

Lat is no doubt a rare exception, but so is the healthy 39-year-old woman who died while waiting for her results; and the 36-year-old Brooklyn principal; the 34-year-old man who died after going to Disney; or Amy Klobuchar’s husband, who is only 52 and has been hospitalized; and the 25-year-old on a ventilator who I read about yesterday, who had his remdesivir taken away because Gilead — the company who produces it — decided to pull it from the market after an overwhelming demand for it because Trump promoted it.

I don’t provide these examples to scare you — although they scare the hell out of me, and put me in a constant state of fear — but to illustrate that the virus definitely affects younger people. The rate of hospitalizations for younger people in the United States is fairly high (and indication, also, that a lot of younger people are being infected in places probably because some ignore social distancing requirements — but that the media also likes to focus on those outlier cases. They are outliers, but it’s good to use those outliers to scare younger people into submitting to social distancing.

Personally, I am most terrified of the ventilator. Or I had been, but Sanjay Gupta was on Dax Shepard’s podcast yesterday. He more or less said that, when doctors have the resources they need, they feel like they can save anyone, which means we need to keep the hospitals from being overloaded. But also, he said that the reason why people are put on a ventilator is that their lungs have trouble producing surfactant, which allows one’s lungs to expand and contract without getting sticky. I knew I’d heard “surfactant” before, and I asked my wife, who reminded me that, yeah: Our twins — NICU babies — were on ventilators for a couple of weeks because their bodies did not yet produce surfactant. And then I remembered what a goddamn miracle medicine is, and how they kept our tiny, tiny undeveloped babies alive long enough for them to breathe on their own.

I think what I am saying here is this, and I am hoping there is comfort in it despite the scary anecdotes above: The chances of dying from this are still very, very slim, and if we can keep our hospitals from being overburdened and protect our healthcare workers, those people perform miracles as a matter of course. Our President may be an idiot, but our doctors and nurses are not. Protect them at all costs. Some real shit is gonna go down in the next month or two, but they are going to save a whole lot more than not, and that might include you. Or me. I trust the hell out of them.

← So, Cardi B Has a Theory | Shopkeeper Reviving a Puppy is the Act of Kindness I Needed Today →