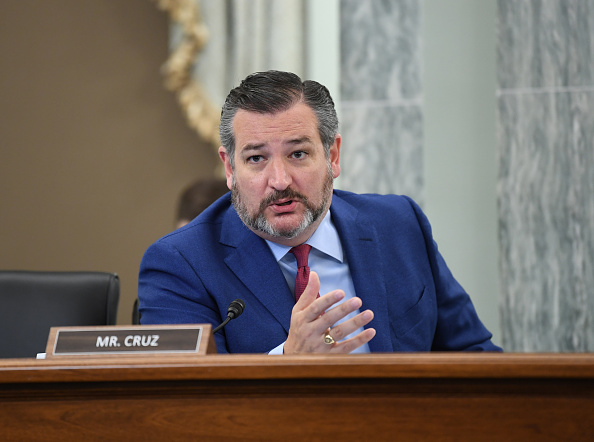 As the Tunnel Gets Darker, the Light at the End of It Gets Brighter

A nurse in South Dakota went viral on Twitter these last few days, because of the horror show she is dealing with in her hospital. What she is dealing with are Trump supporters, coming in with COVID, and denying it, calling their own disease a hoax even as it literally kills them. They continue rejecting the diagnosis of it right up until their last breaths, which I guess they spend railing against Joe Biden instead of using those final moments to say goodbye to their families.

“Their last dying words are, ‘This can’t be happening. It’s not real.’ And when they should be… Facetiming their families, they’re filled with anger and hatred.” pic.twitter.com/tgUgP6znAT

I was thinking this morning about how profoundly one man changed the entire trajectory of the pandemic in the United States, about how — were it not for Trump — everyone would be wearing masks, more people would be paid to stay at home, tens of thousands fewer would be dead, and we’d be heading into this second/third wave much, much further ahead of the game. But we’re not, because of one man, and his many, many enablers in Congress and in the media.

And then I remembered some of what Obama was saying in last night’s 60 Minutes interview, about how Trump was an “accelerant,” but that these problems were obviously here before Trump came into office.

“What we've seen is what some people call truth decay. Something that's been accelerated by outgoing President Trump, the sense that not only do we not have to tell the truth, but the truth doesn't even matter,” says former President Obama. https://t.co/SemqJzMGMD pic.twitter.com/oaV7vGG3K2

I tried to imagine what a Hillary Clinton Presidency might have looked like right now, and then I wondered, as far as the pandemic is concerned, would it have been that different? It feels like these differences are baked into our DNA. Republicans would have flouted any restrictions that Clinton implemented, maybe even more egregiously than they have. We would have had Mitch McConnell and the Republicans actively making it more difficult for Clinton to be reelected by obstructing her attempts to get the virus under control, and then blaming her for an out-of-control-virus. Clinton may not have won reelection, either, because she’d be running against someone like Ted Cruz, who would have made the entire election a referendum on these lockdowns, on individual liberty. “How long must we remain locked down in our homes, as millions of small businesses go under?” (Nevermind that it would have been because of GOP efforts to block stimulus aid).

I think things would have been marginally better because of a better national response, particularly in blue states, where more people would have been inclined to listen to science. However, Hillary’s ability to get it better under control would have only convinced those in rural America even more that the virus wasn’t real, that it was all a hoax. The number of dead wouldn’t be as high right now, but we’d be essentially in the same place heading into the second wave, and we might be doing it with an incoming Ted Cruz Administration and Congress and state legislatures turning red in a Census year.

What a miserable thought.

All of which is to say: We’re in a bad, bad place in America right now. The United States has botched the response to the virus more than any other country on the planet. It’s going to get worse before it gets better — maybe much, much worse. And the only solace in that is that at least America offers the rest of the world a cautionary tale they wouldn’t have otherwise had. “See! This is what happens when you flout lockdowns! Wear a mask! You don’t want to end up like the United States, do you?!”

And yet, with two (TWO) effective vaccines on their way, so far, and a reasonable administration coming in after such a miserable four years, I feel hopeful about the Spring. I am optimistic about the future, more and more so, every day, in spite of what I’m seeing right now. I may regret saying this a year from now, but I think Joe Biden may be the right person for this moment. He’s not going to unite the country — we’re way past that — but maybe he won’t inspire as much hatred. I am constantly vexed by how much animosity Trump Republicans have for Biden — a man who early on in his campaign actually bragged about his ability to reach across the aisle to men like Strom Thurmond and Jesse Helms — but maybe after a year or two of it, they’ll get to a place where they can be passively indifferent rather than in a place where they actively despise him. When we all get to go see Black Widow with our families in movie theaters next May, and summer camps reopen in the summer, and everyone flocks back to Disney World, maybe a lot of those good feelings will imprint upon Joe Biden. The hatred won’t go away, but maybe some of the toxicity will.