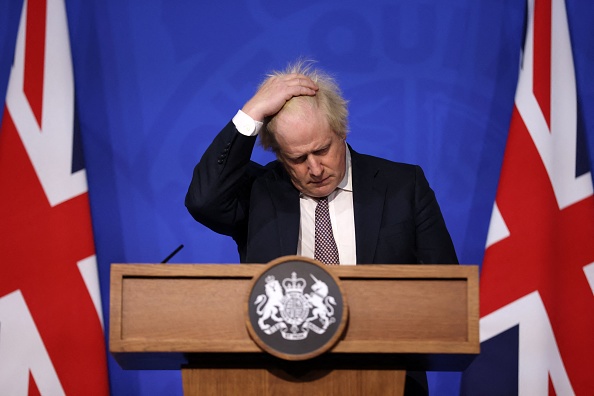 As Omicron Surges, Even Trump Supporters Are Booing Trump for Getting a Booster

Let’s do a quick news dump on the latest on Omicron, mostly because it will give our readers a quick opportunity to vent, and there are lots of reasons to vent today.

— Yesterday, we learned that Omicron already accounts for 73 percent of COVID cases in the United States, surpassing Delta in a blink. No one knows for certain if Omicron will supplant Delta, or if Delta will run right alongside Omicron.

— Epidemiologists know that Omicron is far more transmissible than Delta but still aren’t sure if it causes less severe disease. The numbers out of South Africa look promising in regard to less severe disease, but hospitalizations are rising sharply in the UK. Either way, Omicron is going to infect so many people that it may not matter: Hospitalizations (and deaths) will invariably rise, especially in areas with fewer vaccinated folks. Talk to someone from NYC right now, and they either have COVID or have encountered or know someone who has. It is wild. Meanwhile, even in Florida where Delta basically ran out of people to infect, the numbers are starting to soar again with Omicron. Cases are up 300 percent and rising.

The only real bright spot is that in the Gauteng Province in South Africa, where Omicron began surging around Thanksgiving, the numbers are starting to decline already, which suggests that Omicron comes in fast and hard but may burn out quickly, too.

— In the meantime, Anthony Fauci and the Biden Administration are trying to shift focus from the number of infections (a whole lot!) to the number of severe cases. Here’s Fauci:

“If you really want to look at the true impact on society, it’s much more important to see who gets sick and who doesn’t, who requires hospitalization or doesn’t. So if we have a larger number of people getting infected, but the degree of severity is very, very low, that would be very important. If you just count the numbers of infections, you may get a misrepresentation as to what is actually going on.”

I don’t disagree, but it’s going to be difficult for people who have been obsessed with case counts for nearly two years to start focusing only on hospitalizations and deaths, instead.

— Related: The first death officially attributed to Omicron was announced yesterday. It was an unvaccinated Texas man in his 50s with underlying health conditions. He’d also been infected with COVID before.

— One reason that Omicron may be moving so fast in the United States is that $262 million worth of moviegoers went to see Spider-Man: No Way Home over the weekend, sports stadiums are packed, masks aren’t being worn in a lot of places, and in much of the country, no one seems to give a damn anymore. COVID fatigue has set in hard, and it’s hospital workers and people who need the hospital for reasons other than COVID that are going to pay the most. It is brutally unfair to them. If you haven’t read this account of a doctor who recently quit, it will leave you completely gobsmacked.

Speaking of sports stadiums, the NHL has paused their season for about a week to try and figure all of this out. The NFL, meanwhile, has been dealing with delays and has established stricter protocols in an effort to continue the season.

— Finally, the Biden Administration has announced efforts to step up the response to Omicron by deploying federal vaccinators to get more shots in arms, help overburdened hospitals, and set up new testing sites. Starting next month, the Administration will also send out 500 million COVID tests to those who request them. That’s great, but also: Next month may be too late; the same people who refuse to get vaccinated will almost certainly refuse to request a test; and no amount of vaccinations will be able to persuade the anti-vaxxers into getting a vaccine. I mean, hell: Donald Trump himself was booed when he announced that he received a booster shot. That’s where we are in America right now.