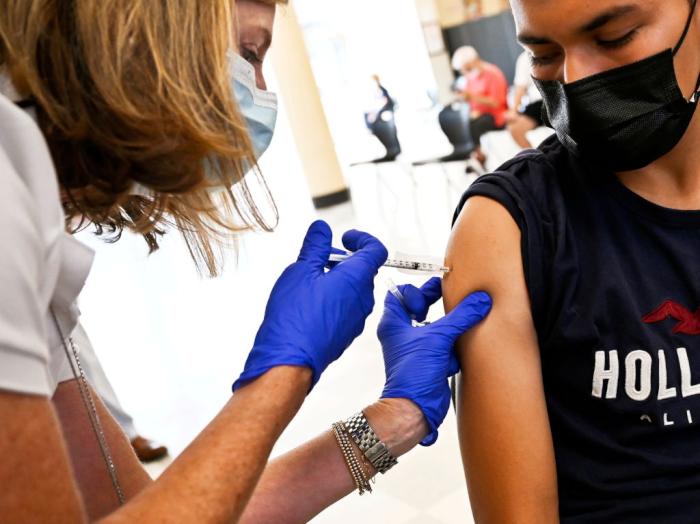 Had Hades really wanted to punish Sisyphus, he’d have foregone the boulder entirely. He’d have put Sisyphus in charge of public health for Florida, Missouri, or one of the many other states where resistance to vaccinations and Republican sociopathy have led to skyrocketing infection rates. It turns out there’s no activity more maddening than trying to convince Americans to protect their own health, let alone that of the people around them. Florida alone has 20% of the nation’s new cases, and rising hospitalization rates are straining medical professionals and resources. Yesterday, the American Academy of Pediatrics released new guidance recommending everyone over the age of 2 wear masks in school, regardless of their vaccination status. Masks for the unvaccinated aren’t a surprise. I think many of us expected our school-aged children to need them next year. But they recommend masks for everyone due to the likelihood of Covid transmission both to students and other unvaccinated individuals, and the difficulty in tracking potential infections beginning at schools, and the lack of mask mandate enforcement.

There are also viral breakthroughs. They are very rare, though we don’t know the actual rate. We don’t track breakthroughs unless the sufferer is hospitalized or dies. 0.0035% of vaccinated Americans had a strong enough reaction to their Covid infection to require hospitalization so far. To be clear, that’s good news, as is the fact that 99.5% of Covid deaths are among the unvaccinated. It’s not great news, as anyone who suffers from an immune deficiency or with a child too young to get vaccinated will tell you. There are a lot of people out there still unprotected through no fault of their own. But as Dustin pointed out yesterday, there’s a lot of vaccine hesitancy slowing down our immunization rates, and social media is making it worse. 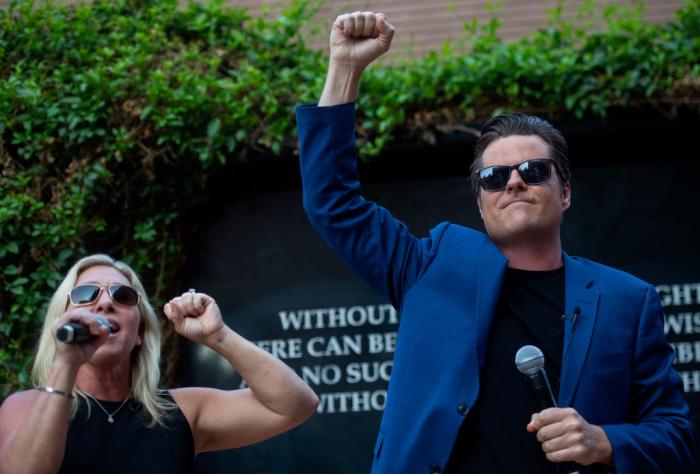 But don’t worry! While Facebook shirks its responsibilities by leaving up millions of posts containing vaccine misinformation, Jack Dorsey took a long, hard look at Twitter’s culpability and decided to do something about it by… Giving Marjorie Taylor Greene a 12-hour timeout. Yes, the woman vying for the title of House’s Most Useless Member (also how escorts refer to Matt Gaetz’s penis) got the world’s most ineffective punishment for claiming Covid is dangerous only to the obese and over-65 crowd. It turns out that after instigating the Capitol riot, comparing mask mandates to the Holocaust, and calling Biden officials pushing vaccines “medical brownshirts” this was the last straw for Twitter, at least until she’s reinstated and immediately begins making wild accusations again.

As terrible as she is — and really, dysentery could take a lesson — Greene isn’t the only offender or even the worst one out there. Facebook and Twitter are littered with anti-vax propaganda they’ve shown no interest in combating even as their users sicken and die. Even their few positive actions are easily countered. Trump’s been banned for months but people still post his nonsensical and contradictory statements as though they’re fact. At least one Catholic school, eager to prove evangelicals aren’t the only anti-intellectual fundamentalists out there, is fighting a nonexistent mask mandate because they believe masks are an “affront to God.” Between Twitter, Facebook, YouTube, and Republican lawmakers it’s little wonder why fully half our states remain under 50% vaccinated. 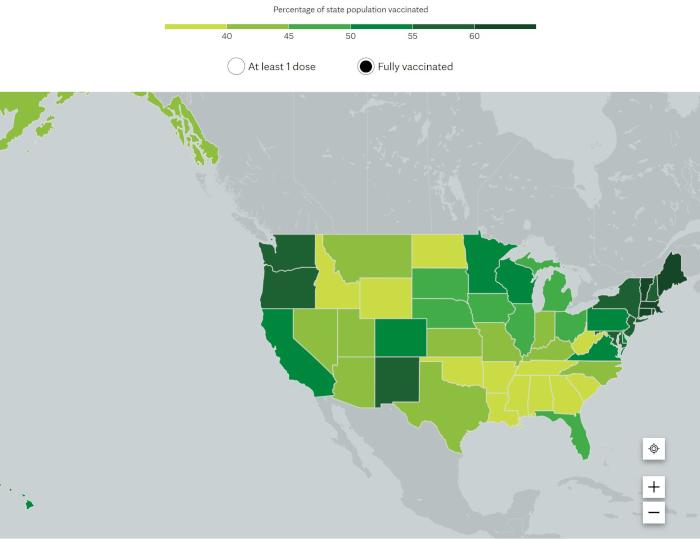 I never realized how deep the rot runs. The number of anti-vaccination Americans, even in my own family, runs depressingly high. We could easily be over the worst of this by now if social media had tackled the problem directly rather than providing timeouts and warning labels so ineffective they may as well be on cigarette cartons. If GOP lawmakers embraced vaccinations as a necessary step in returning the economy, schools, and social lives to normal we would be well on our way to a normal fall. Instead, they continue killing their own constituents even as they push a false narrative that we must grin and bear our Covid losses as though they’re inevitable. They’re not. The Covid vaccine saves lives. Masks protect the people around you. Anyone who says they don’t is a liar, an idiot , or both.

← Space Cowboy And The Rocketeers Head To Space This Morning | The Trailer for Starz Wrestling Drama, 'Heels,' Has Some Real 'I Don't Want Your Life' Energy →