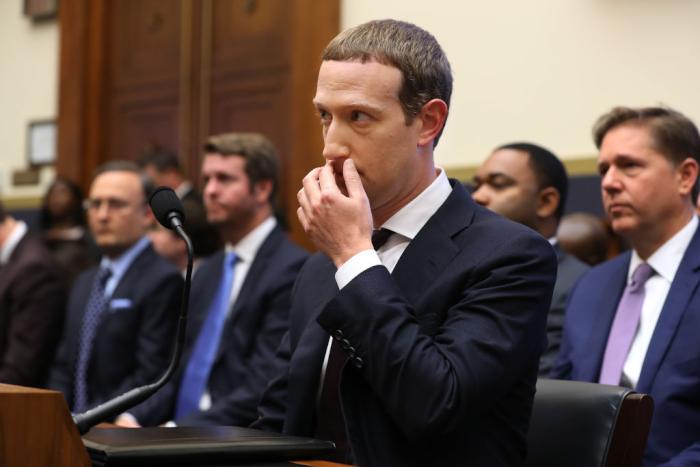 I’m sure everyone noticed the little blip lasg night? The slight shudder in one oligarch’s basement that reverberated outwards and transformed into a tsunami that disrupted vast swathes of the planet?

Facebook—and the other communications companies it has glommed into its gaping maw—went down yesterday when someone in the organisation sent an update to its Border Gateway Protocol (BGP) records that ended up telling the internet that the Facebook domain no longer existed. As a result, at around 5pm UTC, users began to notice they couldn’t get access to Facebook, Messenger, WhatsApp, or Instagram. Hilariously, because everything Facebook runs, it runs on Facebook, this outage affected the company’s ability to fix—or even initially diagnose—the problem. They bonked themselves so hard on the head that they forgot where the blow came from or how they ended up sat in the corner drooling over their shoes. About 5 or 6 hours later, Facebook had apparently managed to send a team of people to manually reset the servers and restore service.

In other words: As a result of one corporation’s self-bonk, billions of users around the world were cut off from their primary means of communication. A perfectly healthy state of affairs! And nice and convenient that very shortly after a whistleblower confirmed what admittedly didn’t really need confirming—that Facebook prioritizes engagement and profit over responsible moderation—the main news item that came up when you jumped on Google (that other benevolent capitalist super-platform) was ‘Facebook is down’ rather than ‘Reminder: Facebook is evil’. Peachy.

Well, it’s not like anyone needs a reminder, but f**k Facebook. Great big chunk of rotten, privacy-destroying, disinformation-spreading, advertising-bombarding, fascist-accommodating, socialist-suppressing, mind-numbing, communication-and-public-space-monopolising sh*t. Tear it down and redistribute its assets and nationalise it when the revolution comes. Troubling issues around just how many people around the world—often especially in more overexploited areas—depend on platforms like WhatsApp for communication aside, there was a palpable sense of glee on social media that Zuck’s putrid little brainchild was taken out of action for at least a little while. The air felt crisper. The sun glinted off of shimmering lakes. Transient, of course. But fun nonetheless (though obviously, as always, f**k Twitter too):

Not only are Facebook's services and apps down for the public, its internal tools and communications platforms, including Workplace, are out as well. No one can do any work. Several people I've talked to said this is the equivalent of a "snow day" at the company.

"Facebook employees can't get into their building because nobody has a basic metal key" is peak silicon valley stupidity and I love it. It's something from a sitcom about tech companies. I'm gonna be riding this high for a while https://t.co/oLPbEL3TN6

wait, am I understanding correctly that the physical doors at Facebook are electronically controlled and the employees can't get in to fix anything????

— i bless the rains down in castamere (@Chinchillazllla) October 4, 2021

<conspiracy theory> the facebook whistleblowing is really damning, a faked outage would simultaneously remind people how much they "rely" on facebook and bury it for all search related to facebook

Facebook and Instagram down? Snapchat and Gmail acting iffy? Time to go back to our roots. The one true survivor pic.twitter.com/Qn9ucUNTyp

As an update, books are still working. https://t.co/IwJyCZfUKx

me trying to get in contact with people with WhatsApp down pic.twitter.com/cciMdyfIaV

Please someone set up a MySpace account for Paul Schrader so he can continue to make posts.

Half the world shut down today because the Facebook monopoly which bought out WhatsApp and Instagram went down.

The solution has long been clear.

Break them up. Regulate them. Restore competition.

Lmao. Friend at Facebook confirmed they ended up bringing in a guy with an angle grinder to get access to the server cage

When all social media is down is when we all could have been united on the best social media that ever was pic.twitter.com/CrqwFa4jgL

Facebook and Instagram - who cares; but WhatsApp and Messenger are essentially public infrastructure for huge parts of this planet (it varies by country), and that should come with some responsibilities to citizens

aunts and uncles after regaining access to misinformation pic.twitter.com/8KGvDd8BXK

But in all seriousness, take this company’s power away, now.

The repercussions of WhatsApp being down in The Rest Of The World are vast and devastating. It's like the equivalent of your phone and the phones of all of your loved ones being turned off without warning. The app essentially functions as an unregulated utility.

I keep getting a version of this answer, which only points to a person who knows so little about the world they imagine everyone in it can afford to pay a monthly plan that includes minutes and SMS. It simply isn't true. https://t.co/3gVz5Z6y9C

It's impossible for some people to imagine that millions of people don't have cellphone plans with minutes and SMS. WhatsApp is free. As in the app is free and the data is free. It's really not that hard to understand but seems a stretch for many in the first world. https://t.co/rxe5nJEHKA

← 'The Problem with Jon Stewart' Is that It Would Be a Better Podcast than TV Show | Review: Aubrey Plaza and Michael Caine Are a Promising Pairing Who Elevate the Deeply Predictable 'Best Sellers' →