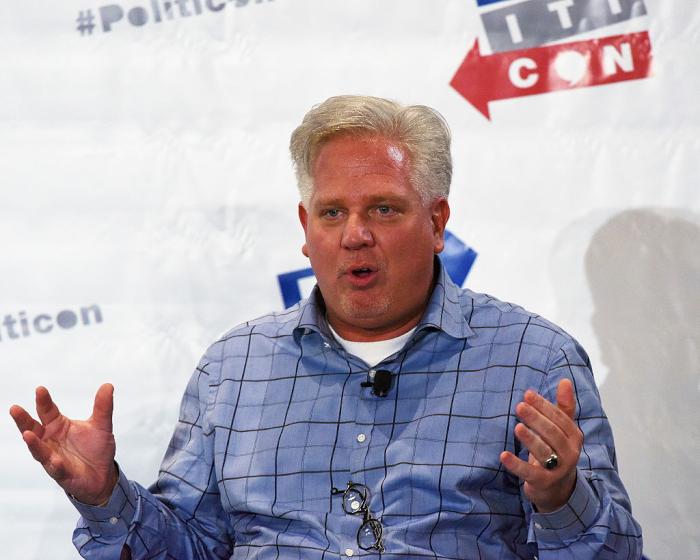 Anti-Vax Glenn Beck Has Covid (Again), and the GOP Abandons the Marketplace of Ideas

Some quick political tidbits this afternoon. First, some glad sad news; Glenn Beck’s got Covid again. The race-baiting demagogue first contracted Covid-19 in December of 2020 and refused vaccination afterward, telling chronically stupified talking head Tucker Carlson “I have already had it. Why do I need to be vaccinated again?” The answer, of course, is that people who survive their first Covid-19 infection but don’t get their shot are more than twice as likely to get Covid again than those who do. This time it’s in his lungs, making him cough and breathing more difficult. He claimed to Mark Levin that he’s taking ivermectin and hydroxychloroquine, because of course he would. He doesn’t mention if he’s also drinking piss, but I assume so. Whether or not he’s actually taking the unproven medications rather than following doctors’ advice is anyone’s guess, but he won’t say as much to his gullible audience. He griped last week that he had no access to monoclonal antibodies, despite its ineffectiveness against the Omicron strain. But whatever his politics, becoming a victim in this pandemic is no laughing matter, and I for one wish his germs all the best.

In news tangentially related since Beck’s years of inflammatory theater helped create the unhealthy political environment in which we live, the GOP’s given up entirely on the marketplace of ideas and will vote on a change requiring Republican presidential nominees to pledge not to participate in any debates sponsored by the nonpartisan Commission on Presidential Debates. Republicans soured on the commission in recent years, claiming without evidence that its processes are tilted in Democrats’ favor. Trump whined in 2016 that the debates were scheduled during NFL games. He also complained that the first debate was scheduled for after early voting began.

There are two rather obvious motives for the RNC’s obstinancy. The first is that they have no ideas, only a litany of complaints. The second and in my view more likely motive is that Trump’s become more unhinged by the day. By the time 2024 rolls around, the 77-year-old won’t be able to string two sentences together, let alone articulate a coherent stance on any relevant issue. And while most of his fanatical followers won’t care, the idea of another senile President sends a shiver down any rational spine. We survived Reagan’s Alzheimer’s, but we may not survive Trump’s.


← Behold the Sheer, Unstoppable Power of AC/DC | Remember the Time DreamWorks Made a CGI Family Sitcom About the Lions at Siegfried and Roy's Show? →