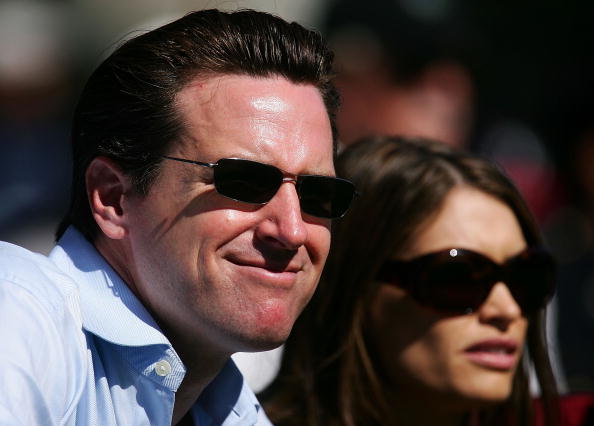 In addition to being the one-year anniversary of Tom and Rita Day, here’s what else is happening today:

— The number of infections has dropped below 50,000 per day, on average, for the first time since mid-October. Deaths have also fallen to around 1,650 deaths per day, which is not great, but half of where they once were.

— A sixth (?!) woman has come forward and accused Andrew Cuomo of harassment. This is a current aide to the New York governor, who says that he aggressively fondled her chest during an encounter in the state’s Executive Mansion. Cuomo denies the accusation, but this goes way beyond, “Ooops. I’m an old man who didn’t know any better.” Not that that was a particularly good excuse before. Ya knew better, Andy. Ya knew.

— In California, the unpopular Democratic Governor, Gavin Newsome, is trying to beat back a recall effort orchestrated by the GOP, but the GOP is already starting to splinter because the Republican Party has no idea what it is anymore. The chasm between the Liz Cheney GOP and the Donald Trump GOP is even wider in a liberal state like California, where there are 5 million more Democrats and the only way for a Republican to win in a statewide office is to attract centrists and moderate Democrats. No one on the Trump side of the ledger is going to be able to pull that off.

I don’t have a lot to say about Newsome — Seth (who is a Californian) says that all of this is mostly self-inflicted and that Newsome f**ked up, but he’s not particularly enthusiastic about a recall effort organized by the GOP. On the other hand, I have a hard time trusting anyone who used to be married to Kimberly Guilfoyle.

— Yesterday, we talked about how the rich are going to need to start paying their fair share, and it turns out that the COVID-relief bill sneaked in a few provisions that removed tax breaks for rich folks and corporations, which will net at least $60 billion.

— Merrick Garland was confirmed by the Senate in a 70-30 vote, and this morning, he was sworn in as Attorney General.

— Almost all of the living former Presidents made a video together encouraging everyone to get vaccinated. Donald Trump — who was vaccinated before he left office — declined to participate, but instead bragged in a statement that Americans “probably wouldn’t be getting it at all” if “I wasn’t president.” Petty, petty, petty.

Former presidents and first ladies urge Americans to get vaccinated in new PSA released by The Ad Council and COVID Collaborative.

I should note that this is probably the only time you heard about that statement, and I wouldn’t have brought it up except to note how little anyone cared.

Today the former President issued a statement filled with lies. And no one cared. Very few people even saw it.

Finally, Fox News has finally moved on from Dr. Seuss. They’ve found a new thing to express daily outrage about. They frequently flash chyrons showing how long it’s been since Joe Biden has had a press conference, something which the former President basically did away with.

Trump literally mothballed the WH Press Briefing room and bragged about how press conferences were unneeded because he had Twitter. https://t.co/uVhRXjcMCC https://t.co/GY0RbByfqO