Don’t like the way Rand Paul is waving his finger at Ana Navarro? Don’t worry, it goes right up his ass two seconds later.

While stopping by The View on Friday, Rand Paul attempted to promote his new book The Case Against Socialism and found himself getting buffeted not just by liberal panelists Sunny Hostin and Whoopi Goldberg, but also Republicans Abby Huntsman and Ana Navarro, the latter of which was extremely not here for Paul’s shit. Despite being a lifelong conservative, Navarro took particular exception with Paul’s attempts to demonize socialism, which was already earning him laughter from the audience after he tried to say that most Americans who make below $50,000 don’t pay any income taxes. Oh word?

The situation really went south when Paul acted like a smug prick after Navarro asked if he thinks the United States will become Venezuela if a Democrat is elected president.

“Well, if you vote for a socialist, you might get socialism,” Paul answered with a smirk.

As Paul attempted to argue his point, Navarro interrupted him with, “I can’t let you finish. If you are going to say Maduro is not a murderous thug, I’m not letting you finish because that’s a damn lie!” While Goldberg was trying to end the segment, Paul literally waved his hands in Navarro’s face.

While that was easily the money shot of Paul’s shit show visit, it should be noted that before Navarro’s smackdown, the senator was taken to task by the entire panel for the situation in Syria. You know, the legitimate humanitarian crisis that Meghan McCain was in tears about on Thursday, yet conveniently took the day off when it came time to challenge Paul to his face. Then again, Meghan also has a massive hate-boner for socialism, so why let a bit of genocide get in the way of that?

Fortunately, the rest of The View showed up to do their jobs including Abby Huntsman, who surprisingly didn’t hesitate to hammer both Rand Paul and Rudy Giuliani for acting as the president’s stooge. Toss in Navarro’s penchant for slapping down bullshit and one might start to wonder why the show allegedly caved to Meghan’s threat to quit if a Republican who actually knows what she’s talking about was hired full-time.

Oh, you didn’t hear about that? From The Daily Mail:

According to the source, McCain, who joined the show in 2017, previously complained about Navarro to executives.

But Navarro has become a favorite with viewers after earning a reputation as a political rock star for her cable news commentary as a Republican who denounced Donald Trump during the 2016 election.

When ABC was considering hiring Navarro to replace former co-host Sara Haines in 2018, McCain said she would quit if she had to work with Navarro every day, the show source claims.

‘That’s how Ana ended up only doing one day a week,’ the source said.

Yup, goddammit. Considering I’ve spent a spectacularly stupid amount of time covering Meghan’s nonsensical outbursts and blunders, regular readers should be well-versed on how she turns every episode of The View into a goddamn circus when it’s her turn to barf out The Federalist talking points from her vulture’s perch at the end of the table. So keep that in mind if you watch these clips, because what you’ll see is the level of informative discussion that daytime audiences could be seeing every day instead of being constantly reminded that John McCain had full, reproductive sex. We get it. He didn’t pull out 35 years ago. Congratulations. 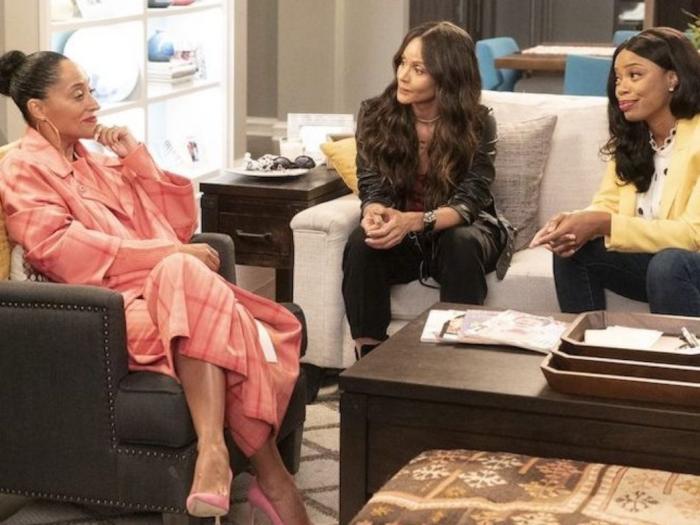