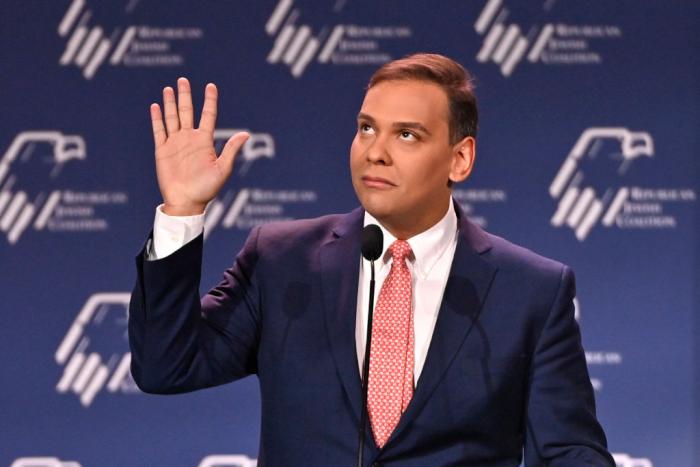 An Interview with Rep.-Elect George Santos

New York Republican Representative-Elect George Santos is scheduled to be sworn into office today, under a cloud of suspicion and potential fraud charges after numerous lies were discovered in Santos’s alleged biography. These included untruths about his education, employment history, financial status, and even the demise of his mother. Rep.-Elect Santos was generous enough to grant me a brief interview prior to taking office this morning. The interview has been condensed and edited for clarity.

James Field: Thank you for taking the time to speak with me, Rep. Santos. I know you’re a busy man and I’ll try not to take up too much of your day.

George Santos: Thank you, James. I appreciate the opportunity to clear the air. I know many people have questions and have even called into question my sincerity and moral fiber. It’s been a difficult few weeks. I do have to keep this brief, though. I’m speaking with Pope Emeritus Benedict shortly about the role of Catholicism in modern American politics.

JF: But… Pope Benedict died several days ago. And he was a raging homophobe.

GS: I don’t see either of those as a reason not to engage in an open and honest dialogue.

JF: I see. Speaking of honesty, during the last weeks of December, the New York Times followed up on allegations by local Long Island paper North Shore Leader about your qualifications. As journalists dug deeper, further discrepancies came to light. Taking just a few of these, beginning with the least concerning, although you are openly gay, you were married to a woman until you ran for office in 2020.

GS: We met in a “Pray Away the Gay” Bible camp. It was a confusing time for me.

JF: According to reports, you married in 2012. Do you care to comment on recent allegations by Pedro Vilarva that you two had a relationship and moved in together in 2014, while you were married?

GS: It was a very confusing time.

JF: It seems your family history is equally confusing. You’ve claimed several times your Jewish, Ukrainian grandparents fled the Nazis to Brazil and that you yourself are Jewish —

GS: Actually, I said I was Jew-ish. I’m Jew-adjacent. It’s a subtle but important distinction.

JF: You also stated that your mother was in the South Tower during the 9/11 terrorist attack, and died “a few years later” of cancer as a result. Your mother actually died in 2016 and there’s no evidence her cancer was related to 9/11, nor that she was even in the tower that day. Do you care to comment?

JF: You’ve also lied about your education, your employment —

GS: I didn’t lie. I “embellished my résumé.” There’s a difference. And that’s not a crime, is it?

JF: Speaking of crimes, the Rio de Janeiro prosecutor’s office has said they intend to reinstate fraud charges against you related to a checkbook stolen in 2008, and that the only reason the investigation was suspended was that they couldn’t find you. Care to comment?

GS: This is clearly an attempt by Brazilian Democrats to drum up further controversy because they’re threatened by any Republican who is openly probably gay.

JF: Well, thank you for your time, Rep. Santos. It’s been… enlightening? I like to end these interviews on a light note, so let’s play a quick game of Two Truths and a Lie. This common party game is pretty self-explanatory. You’ll give me 3 statements, 2 of which are true, and I have to guess which is a lie. Ready?

GS: Oh, definitely. Here goes: I attended Berkley College, I once fought off a grizzly with my bare hands, and Elon Musk is my biological brother.

JF: But… none of those are true. You’re supposed to tell me only 1 lie and 2 truths —

GS: I shot the sheriff, but did not shoot the deputy!

JF: And we’re done. Thank you again, Representative Santos. I need a bourbon.

GS: Did you know I invented bourbon?


Image sources (in order of posting): Getty, The Washington Post
Most Viewed