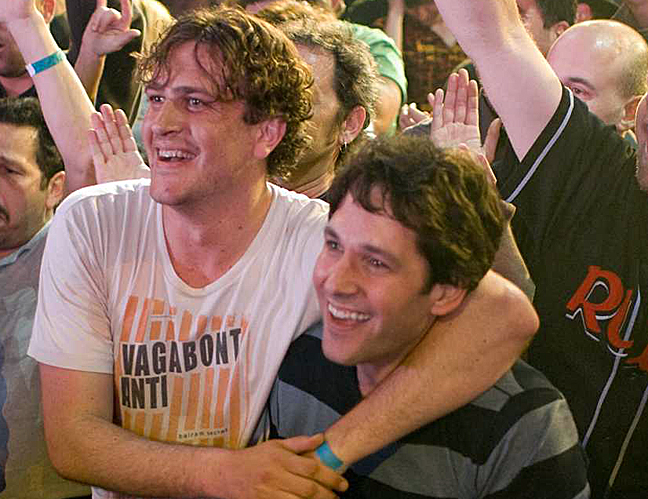 An Independence Day Message to All My Straight White Male Friends Out There!

Hello, and welcome back from your Independence Day weekend. I stayed offline for much of the weekend, and checked Twitter this morning to see that conservatives were deadnaming Elliot Page; Bette Midler and Macy Gray decided to back Pamela Paul and JK Rowling’s transphobic nonsense; the liberals were praising Trevor Noah for his thoughts on abortion, but also sh*tting on him for suggesting that Democrats should only receive campaign funding once they’ve proven themselves worthy of it.

But you know what else I saw this weekend? I also saw a lot of folks expressing shame in America on its birthday, saying there was nothing to celebrate. I don’t have a problem with that, because — as my wife reminded me yesterday — you know who else did that? Frederick Douglass in his 1852 speech, “What to the Slave Is the Fourth of July?”

“I am not included within the pale of this glorious anniversary,” Douglass wrote. “Your high independence only reveals the immeasurable distance between us. The blessings in which you, this day, rejoice, are not enjoyed in common. The rich inheritance of justice, liberty, prosperity and independence, bequeathed by your fathers, is shared by you, not by me. The sunlight that brought life and healing to you, has brought stripes and death to me. This Fourth [of] July is yours, not mine. You may rejoice, I must mourn.”

One hundred and eighty years later, and African-Americans still feel that “immeasurable distance.” After a supermajority in the Supreme Court struck down Roe, many women are also feeling that distance. The gay and lesbian community is also feeling the progress made over the last two decades slip away, while the feet of the trans community are being cut off before they can even gain a foothold. Even Native Americans — who have been trampled on by America since the day Christopher Columbus set foot on our shores — got another kick in the teeth last week.

But you know what I have also seen? On social media and elsewhere. I don’t know how to put this politely except to say: A lot of white dudes throwing pity parties. A lot of the people least affected by these backward policies throwing their hands in the air. Giving up on Democracy. It’s easier for us to do that — to express disgust, to wash our hands of the whole mess, to give up on the future — because we will not feel the biggest brunt of what may come.

Douglass did not have— as so many of us do today — the luxury of calling it quits, and he had a whole lot less to work with than the white dudes among us — with their WiFi, fuel-efficient vehicles, and movies on demand — have today. The least we can do to honor Douglass — and that Fourth of July speech he gave expressing his disappointment in America — is to continue fighting for those who are most affected by what’s happening in America to everyone, but least among them: Us.


← 'Westworld' Season 4, Episode 2: Cal Has to Be a Robot Now, Right? | Gather 'Round For The 'Stranger Things' Finale, Brochachos →