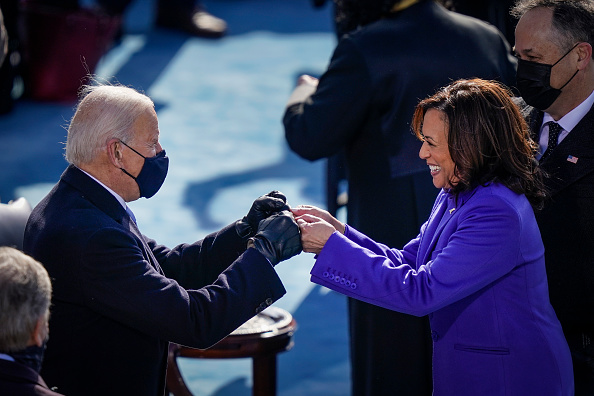 — Anthony Fauci, who is 80 years old, must feel what is beyond a sense of relief because competence has returned to the White House. Have any of you seen Fauci in the last few months? Here’s something that may bring you some joy: Fauci will appear at 4 p.m. along with the Press Secretary today to address the press. We have a real Press Secretary! And we have a President who is not trying to hide the scientists!

2. Speaking of which, one of the first acts of Biden’s presidency was to rejoin the World Health Organization, much to Fauci’s relief. We will once again be where one of the wealthiest countries in the world should be: Helping the rest of the world deal with the pandemic.

3. Unfortunately, Biden’s team inherited a nonexistent vaccine plan from the Trump administration. There was no plan whatsoever. None. Zilch. Nada.

But in the immediate hours following Biden being sworn into office on Wednesday, sources with direct knowledge of the new administration’s Covid-related work told CNN one of the biggest shocks that the Biden team had to digest during the transition period was what they saw as a complete lack of a vaccine distribution strategy under former President Donald Trump, even weeks after multiple vaccines were approved for use in the United States. “There is nothing for us to rework. We are going to have to build everything from scratch,” one source said.

That’s the bad news. The good news is, there is someone in office who will actually create a national plan, and in the meantime, we’re going to get some honesty from our CDC, where the new director sticks to the Administration’s promise to administer 100 million shots in the first 100 days but acknowledges that the vaccine will not be widely available at the end of February — as some Trump officials promised — and that even after the 100 million doses have been administered, there will still be a lot of work left.

Speaking of the pandemic, if you’ve been following the numbers, you may have noticed that infections are starting to drop a little (20 percent in the last week). Infections attributed to Christmas and New Year’s are starting to come down, although because deaths are lagging, those are still increasing (4,300 yesterday). I would imagine that infections (and eventually deaths) will continue to drop until the variant leads to another surge in March, but by then, most folks over the age of 65 (of whom 85 percent of COVID deaths can be attributed) will be vaccinated, so the resurgence should not see a similar resurgence in deaths.

Also, not for nothing, but Johnson and Johnson results are due in the next two weeks, and if that vaccine is effective (and can be administered in one shot), things are going to improve much more dramatically.

“I’m going to tell you the truth here. I don’t think by late February we’re going to have vaccine in every pharmacy in this country.” -@CDCDirector pic.twitter.com/G8obT08Cm3

— The eviction moratorium, which was set to expire at the end of the month, will be extended by the CDC until March 31st (nearly one in five households were behind in their rent in December).

— Student loan payments have been paused and interest rates set at 0 percent through at least September 2021.

— To Ted Cruz’s chagrin, we have rejoined the Paris Climate Accords.

— Biden fired his first employee. Peter Robb, the National Labor Relations Board’s general counsel, was fired after he refused to resign. He seems like the kind of guy one wouldn’t want running the NLRB:

Robb, a former management lawyer who was involved in President Ronald Reagan’s infamous battle against the air traffic controllers union, brought a pro-business approach to the board, which is tasked with overseeing union elections and upholding workers’ rights to organize.

Labor groups celebrated the move. Robb had 10-months remaining in his Senate-confirmed role.

(Biden also told all of his employees, “I will fire you on the spot” if they disrespect another colleague.”)

— The Muslim ban has been rescinded and work on the construction of the border wall has been ceased.