A Year Later, We're Right Back Where We Started

Remember all those polls last year that basically said that where the race is in June in the previous year more times than not is where the race ends up a year later (Obama being an exception)? Yeah, well, Joe Biden was the clear frontrunner when he announced he would run, and after results from Florida, Illinois, and Arizona last night, he’s exactly where he was when he announced: Well ahead of everyone else. Democrats are fickle people, but as we saw with Hillary in 2016, we usually come back to the safe, comfortable candidate, and I think more than most times right now, it’s what the majority of the party wants.

Turnout was down in last night’s primaries, in large part due to the Coronavirus and in some part due to a feeling that the race is already over, but Biden nevertheless won the night, and by commanding margins in Illinois and Florida, the latter of which is back in play as a swing state in November. There were a number of districts in Florida where turnout was higher last night than in 2016 in spite of everything else, which I think bodes well for the Democrats in Florida and Biden in his race against Trump. Much of the vote came from mail-in ballots, which will probably figure heavily into November elections (in fact, because of mail-in ballots, Bloomberg still managed to capture over 200,000 votes last night).

Bernie, alas, just never managed to expand his coalition. You can blame it on the establishment if you want, but the establishment didn’t mail in all those ballots. Old people did. And they did it in much, much larger numbers than young people, and after Bernie’s comments re: Castro, he got trounced in Florida among Hispanic voters, too. That said, Bernie has brought the party much further left. Biden has already adopted Elizabeth Warren’s bankruptcy plan, and he’ll be adopting some of Bernie’s ideas, too. Joe is still a very moderate candidate, but the positions of moderate has shifted quite a bit to the left since 2016. We can thank Bernie.

Sanders hasn’t thrown in the towel yet, but he will in the next few days. He no longer has a path to victory. Biden’s delegate lead is insurmountable. It’s dangerous to keep campaigning. And Bernie genuinely likes Biden. In the coming days, we can turn all our attention to the Trump vs. Biden race, and while Biden isn’t exactly the strongest candidate the Democrats have ever put forward, have you seen the other guy?

This video by Fellow Americans on Trump's failure to respond #coronavirus pretty much sums everything up perfectly. pic.twitter.com/mI5ymBThvI 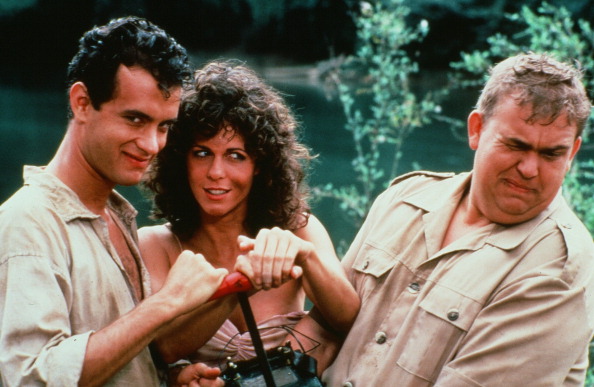 Update: A Week After Diagnosis, Tom Hanks Has the Blahs