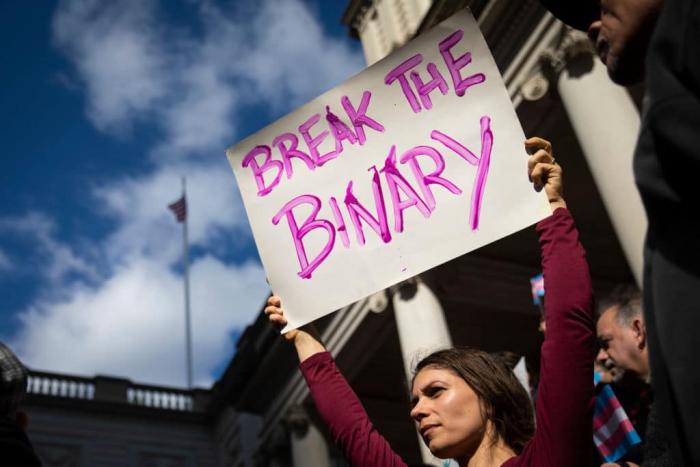 Every day it feels like it’s getting harder and harder to be a person out here in society. People are complex, ever-evolving organisms whose actions are more often dictated by feelings than anything based in science or reason. Right? You have a sh*tty day, or the weather is bad and — even though you know it’s scientifically less healthy — you order pizza for dinner instead of eating that veggie stir fry you were going to make for yourself. Why? Because it makes you feel better. Even if it’s only for a few minutes.

It’s a simplistic illustration but you get my point. There are probably eight different steps in the thought process up there. Maybe your comfort food is hamburgers or ramen instead of pizza but the point still stands. “Humans. It’s Complicated.” We should all get that on a shirt to wear when the aliens finally arrive.

In response to what seems like the natural course of human evolution — in which we understand more about the complexity of our minds and our bodies, how they work and function together, our place in the universe, and how we can all help each other understand that place better — there are some people who insist on squeezing everyone into a binary measure of male/female and good/bad when in reality everything about us, as a species, exists on a spectrum.

Take, for example, the great mediocre state of Missouri, where, according to the ACLU, there are 15 anti-LGBTQ bills steamrolling their way through the state legislature this year. 15!! They’re mainly targeting marriage equality, adoptions, trans athletes, and gender-affirming health care … along with a couple of side orders of book banning and religious discrimination. You know, for funsies.

I’ve been bookmarking and saving links to all sorts of stories about the anti-trans bills and “Don’t Say Gay” pushback happening across the country for a week, gearing up to write something about them without knowing what to say. When I stumbled across this Tweet by the Human Rights Campaign it stopped me in my tracks. I think this kid’s parent (lawyer?) did a perfect job of summing it up for me.

Transphobic legislators have no place in our states.

A Missouri lawmaker attacks a 14-year-old with an incredibly inappropriate and invasive line of questioning about their body. pic.twitter.com/KRWZLW275f

“My child is so much more than genitals.”

Aren’t we all more than our genitals? Aren’t we all more than who we love? All of these laws that are so focused on these pieces of minutiae are fighting a losing battle against who we are as humans. It would benefit all of us if we all supported each other in living our lives authentically. Instead of having to hide behind these curtains of false gender norms that were constructed in bygone eras. Our lives should not be dictated by what’s in our underwear. What is in our underwear is no one’s business but our own.

Of course, Missouri is not alone in this nonsense. According to Freedom For All Americans’ legislative tracker dozens of states have declared war on LGBTQ youth with a special emphasis on Trans youth. Idaho had a Republican-sponsored bill passed by the state House last week that would have made it illegal to not only provide any sort of gender-affirming care to anyone under 18 but also made it illegal to bring your child out of state to get that care. That bill was quashed by … wait for it … Republican leaders in the state Senate because it infringed on parental rights. Weird, huh? Insert that “Let Them Fight” gif here, I say.

There are also plenty of bills out there requiring school sports teams to only allow kids to play on the teams that match the sex they were assigned at birth. Last year there was even talk of requiring physical exams to confirm a student’s sex before allowing them to play on a team. All of these folks worried about perverts in bathrooms, and they’re the ones who want to put their hands down kids’ pants.

The 21st century is moving really fast and I know it feels overwhelming to try and keep up with the way it seems like society is changing all around us. But keep in mind, being Trans or Bi, Ace, Gender Fluid, or Pansexual isn’t new. These are all ways people have identified throughout history without always having a way to put it into words. Or without persecution. Or sometimes without being put to death. Humans evolve. We change and grow all of the time. We should be growing in a direction of acceptance and love instead of fear and hatred. Support Trans Youth. And remember what Jorts (and Jean) The Cat says:

And protect trans grown ups, too. You never outgrow being precious pic.twitter.com/w6On7aZyr9


← Pete Davidson Has Literally Branded Kim Kardashian's Name Onto His Body | John C. Reilly Plays It Cool While Trying To Remember His Own Movies →