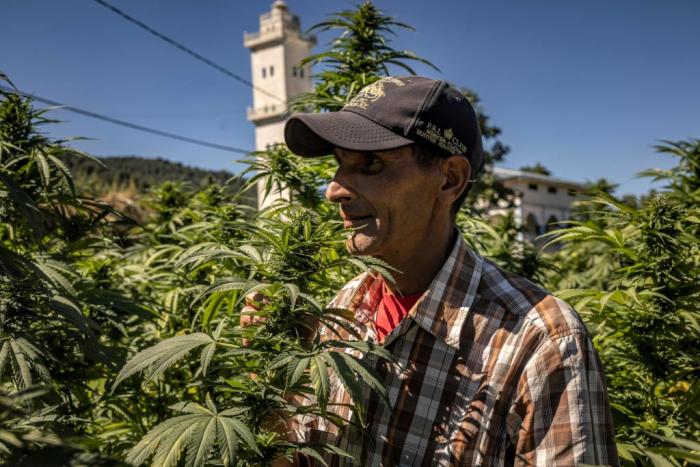 I adore marijuana. As a father and potential role model, I advocate its use. I think the world would be a better place if more people became friends with Mary Jane. It’s not the cure-all some proponents claim, certainly. All the usual caveats apply. Don’t use THC if you’re underage. Don’t operate heavy machinery under the influence. Don’t wake-and-bake on a workday. It’s probably not great for your lungs to smoke or vape on a regular basis. But what it can do is provide relief from stress, anxiety, and physical pain without as many side effects or potential for addiction that one finds in alcohol and opioids. Legalizing THC in all its lovely forms has overwhelming support from Americans. More than 60 percent think recreational sales should be legal, and a whopping 91 percent of Americans believe it should be legal for medical use. 91 percent of Americans won’t even agree the Earth is round, but on pot we’re of one mind. Support for the overhaul of our frankly draconian pot laws is as high. So Joe Biden’s announcement that he was pardoning all federal simple pot possessions is big news.

First: I’m pardoning all prior federal offenses of simple marijuana possession. There are thousands of people who were previously convicted of simple possession who may be denied employment, housing, or educational opportunities as a result. My pardon will remove this burden.

Just as importantly, he’s ordered a review of marijuana’s classification as a Schedule 1 drug, the same as heroin.

Third: We classify marijuana at the same level as heroin - and more serious than fentanyl. It makes no sense. I’m asking @SecBecerra and the Attorney General to initiate the process of reviewing how marijuana is scheduled under federal law.

To be clear, this isn’t decriminalization, a necessary and so far unattainable goal in solving the stigma of marijuana use. Asking nicely for governors to pardon local and state convictions is a losing proposition in red states and probably some blue ones. Law enforcement’s propensity for tacking on additional charges means many people who were convicted of multiple offenses resulting from a simple drug bust still have other problems. But it’s still a net good. People who missed out on education, employment, and even housing opportunities will get another chance.

Living in Massachusetts, where recreational sales have been legal since 2018, has made the benefits clear. In less than 4 years the state’s legal dispensaries have made more than $3 billion in sales, adding almost $75 million to state tax coffers. Local communities have collected more than $53 million in other fees. Massachusetts also gives people previously convicted of pot charges the opportunity to clear their record. It’s not a pardon, but they’re given “a strong presumption in favor of expungement.” In other words, judges are expected to clear simple pot charges from people’s record without extenuating circumstances.

The Massachusetts Supreme Judicial Court recently overruled a judge for not doing so. It’s not a perfect solution; the local fee structure is often exorbitant without a clear idea of where that money is being spent. Governor Baker and others continue pushing for stricter drugged driving laws, although they haven’t been able to show a definitive link between marijuana legalization and any increase in traffic hazards. Accident rates were up in 2021 compared to the year before, but on the other hand, Massachusetts shut down for half of 2021. There were far fewer people on the roads. And post-pandemic, risky behaviors became much more common as people let loose. As the stigma has faded in the state, sales have gone up without a correlation in crime rates, traffic accidents, etc. The user base has grown extensively in the last 4 years. What was once a resource for college kids and cancer patients has become broadly accepted by the population at large. It’s not unusual to walk into a local dispensary and see a college professor, a housewife, and a grizzled old farmer all buying bud, edibles, and cannabis seltzers at the same time. It’s fun to watch someone for the first time; you can almost see how badly they want to pull a hat down to hide their face. It feels like you’re doing something wrong, though the feeling fades after a few visits. Legalization works. While Biden’s move isn’t that, it’s a step in the right direction.

On a personal level, pot’s kept me from a disastrous relationship with alcohol. Substance abuse is a common problem on both sides of my family tree, and alcohol is a key contributor to that hot mess. I’m glad I didn’t start smoking until I was an adult — alcohol made college challenging enough, and I’d have almost certainly flunked out and/or gotten busted if pot was part of my life back then. But now? It helps manage my short temper, anxiety, and back pain. I can still function well enough to do chores after a few hits. I can indulge on a weeknight without worrying about a debilitating hangover making my work suffer the following day. It’s not exactly what the doctor ordered, but I’ve discussed it with both my physician’s aide and GP, and no one’s recommended against it. I can’t say that about alcohol, or even bacon. I’m not a medical, mental health, or legal professional. I’m barely a functioning adult. No one should take medical advice from me. All I can do is tell you what worked for me. And for me, pot works.

Marijuana convictions have destroyed lives. Even without Sprung style three-strike laws, they’re enough to lose college students scholarships, job applicants stable employment, and prospective home buyers their future homes. It won’t surprise you to learn that pot only became a problem to Americans when Mexican immigrants started using it. Or that the alcohol industry have always been one of the biggest opponents of legalization, at least until they started getting in on the action with cannabis drinks. A mood-altering substance that comes without addiction or hangovers? Can’t have that! Democratic candidates like Bet O’Rourke and John Fetterman are making the next step, legalization, key factors in their campaigns, and voters are responding. Whether they do so in large enough numbers to make a difference remains to be seen. Joe Biden’s made the crucial first step that also begins fulfilling one of his campaign promises. Even if it doesn’t help at the polls this November, there are still thousands of Americans who will see life-changing relief from this decision. That’s huge. Plus now we can move on from Dark Biden memes to Dank Biden, and that’s a win for us all.