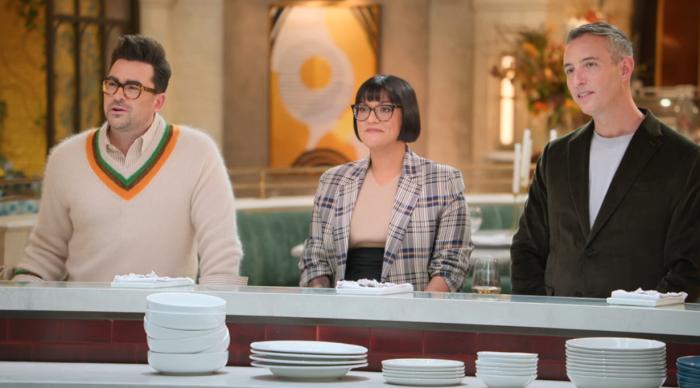 We Discuss Our (Television) Thanksgiving Leftovers On This Week's Podjiba!

If you celebrate American Thanksgiving, hopefully you had a nice time and maybe even a little more chance to rest than usual.

For us, it felt like it might initially leave this week’s episode of Podjiba somewhat lacking (even more than normal!), as the television selections are often pretty thin around the long holiday weekend. Plus, considering The Walking Dead just ended and Tori didn’t have a Kung Fu Corner to bring up, would we even have enough for an episode?

Turns out, we should have never been worried, as we each brought our own television dishes to the discussion. In fact, we had so many shows we even managed to avoid our favorite recurring segments Water and Wood Talk! [Publisher’s Note: I had SO much to say about wood this week, too!]

- Tori told us all about Netflix’s new series Wednesday, and how it differs from other Addams Family stories!

- Dan spent most of his long weekend watching a bunch of competition shows, including the HBOMax cooking competition The Big Brunch, and two Netflix reboots of older competitions shows: The Mole (in the US) and Run For The Money (in Japan)!

- Dustin, meanwhile, brought the dramas which we haven’t seen, including AppleTV+’s Echo 3, Peacock’s Leopard Skin, and the final season of Dead To Me on Netflix!

(Note: if you’re wondering, don’t worry, we did manage to squeeze in a bit about Andor, although let’s be honest that was mostly just gushing about how good Andor is.)

Podjiba! The podcast where even when we swear there was nothing new on we managed to find a ton of shows to watch, can be found pretty much anywhere podcasts can, including right here.