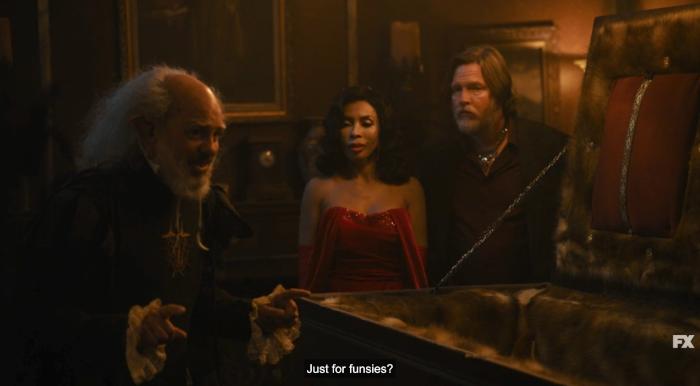 Which Podjiba Host Did Their Homework? (Also, 'Succession', 'Invasion', and That 'WWDITS' Shocker!)

Let’s begin here: For those of you who even attempted last week’s “homework”, thank you! I appreciate your efforts, as you may have watched more of the Mr. Ed pilot than either of my co-hosts did. (Unlike them, I watched the whole thing, and am a changed person.)

This week, the spoilers begin very quickly, as in right after the music, so be warned!

In particular, we get into the big twist on last week’s episode of What We Do In The Shadows, and the fact that [redacted] might [redacted]! We can hardly believe it ourselves.

Also, Dustin tries to get us to watch the new AppleTV+ show Invasion, which also led us to talk about Foundation and Dune a little bit, despite our continued insistence that we are not a movie podcast!

After finally getting to the intro and what we’re drinking, we I get to our my Mr. Ed homework, followed by another installment of INTO THE SINKHOLE [plonk] with Dustin telling us about last week’s La Brea, and we end with more thoughts on Succession, where Tori tells us what her all-in moment was in season one!

Podjiba! Now one hundred and eleven episodes old, but with the audio quality of a much younger show (FYI, I am working on it, I swear). Find this week’s episode here or elsewhere on the internet where you find other podcasts congregated!

← Three, Two, One, Let's Jam: The 'Cowboy Bebop' Trailer Is Here | Living Legend Bruce Springsteen Talks about Being a "Fighting Optimist" on 'The Late Show' →