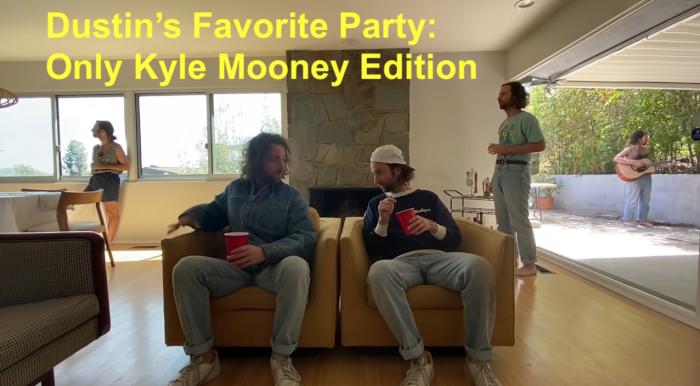 We Start 'The Shrink Next Door', Continue 'Succession', And Give Dustin TV Gifts On Podjiba!

Which is why, when we decided to celebrate Dustin’s 50th* [I’m not 50, damnit! — DR] birthday on this week’s Podjiba, Tori just had to give him the perfect gift: the upcoming Netflix series Saturday Morning All Star Hits!, which not only has two Kyles Mooney (he plays twins!), but also has animated segments, and we all know how much Dustin loves animation! (I hate you. — DR]

But we didn’t just give him the greatest present of all time, as we had to also give him some additional, smaller gifts as well, including:

-Because he loves Friday Night Lights, we wanted to get him another show with sports and teen drama, which of course means The ABC Family hit Make It Or Break It (available on Hulu)!

-Also, because he loves Yellowstone, we gifted him another show with horses, the ABC Family horse/teen drama Wildfire (available on Youtube)!

-We also gave him the best show of 2019 and 2020 (The Mandalorian, obviously), and even a future present, the eventual HBOMax adaptation of Snow Crash!

Basically, we’re pretty sure we gave Dustin the best birthday ever. [Y’all are the absolute worst. — DR]

Oh, we also talked about television. Like the new AppleTV+ show The Shrink Next Door (tldl: Dustin and Tori are in, Dan needs more episodes but also only watched the first one - three currently available), or the most recent episode of Succession (tldl: we are all still enjoying it). And of course we still go INTO THE SINKHOLE [plonk] with Dustin on La Brea, which was recently renewed for a second season!

Podjiba! Whether you show up to hang out or to hear the medium temperature TV takes, one thing is clear: if you gift Dan something to drink, he will probably drink it. (Also, this week’s episode can be found right here.)

*I have been asked to clarify that Dustin is not actually 50. Or so he says. #Dustinlies