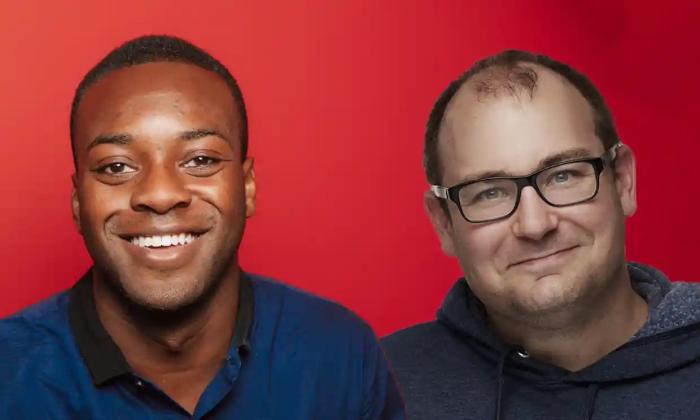 The 'Reply All' Podcast Ends in a Thud

In 2014, I was new to the podcast world and mostly stuck with anything related to This American Life, which would eventually lead me to a WNYC show called TLDR. I’m not entirely sure what episode it was (it may have had something to do with the Wu-Tang Name Generator), but I mentioned TLDR in a post at some point, and someone from Reply All emailed me to let me know that the hosts of TLDR were hosting a new podcast called Reply All, which led me to my first podcast foray outside of the NPR-world.

I loved it, and it introduced me to some of the best podcast episodes of the last eight years, including what may be one of my five all-time favorite episodes, “The Case of the Missing Hit.” Through Reply All, I also found Starlee Kine’s brilliant, short-lived The Mystery Show, which investigated important topics like “How Tall is Jake Gyllenhaal?”

Alas, it seems, that everything good must eventually become toxic. The Mystery Show was canceled, and several years later, Reply All ran an aborted podcast special about Bon Appettit magazine called “The Test Kitchen,” which revealed that some of the folks at Gimlet Media had created an environment similar to the very one being indicted in “The Test Kitchen” (and, ironically, got called out by Starlee Kine for that very thing).

PJ Vogt and Sruthi Pinnamaneni left Reply All (Vogt, by the way, now hosts a podcast about cryptocurrency). The podcast went on a long hiatus and returned with one of the original hosts, Alex Goldman, and another host who had come over from Serial, Emmanuel Dzotsi. It wasn’t the same. When it finally did come back, the output was inconsistent until they took another long hiatus to build up a few shows. While the last run of episodes was pretty good, Goldman and Dzotsi probably realized at some point that the brand had taken a hit and that it had all become more trouble than it was worth.

Ideally, it would have been nice if Goldman and Dzotsi had shared their sincere reasons for why they decided to leave. Alas, in today’s final episode (at least with Goldman and Dzotsi), there is no gossip. The two departed with something of a shrug. They anguished for weeks with how to end the show, but there’s nothing much to it. Dzotsi talked about an experience he had with another runner who would never let him pass, while Goldman talked to his father about what he might do next and explored an idea about creating a follow-up series to Tales of the Crypt about the Cryptkeeper. There’s also a 20-minute segment with Breakmaster Cylinder, who has provided the podcast with most of its music over the last eight years.

And then it just … ended.

According to Vulture, Gimlet Media has not canceled the series. It may be revived in the future. I’m guessing, however, that it will again be more trouble than it’s worth.

Meanwhile, Gimlet Media — purchased for $230 million by Spotify in 2019 — seems to have all but fallen apart in recent years. Reply All was its flagship podcast, it’s not clear if Gimlet founder Alex Blumberg is making any more podcasts, and Science vs. has been reduced to airing episodes calling out disinformation in the podcasts of Joe Rogan, another podcaster under the Spotify umbrella.

At least we’ll always have the “Belt Buckle” episode of The Mystery Show.