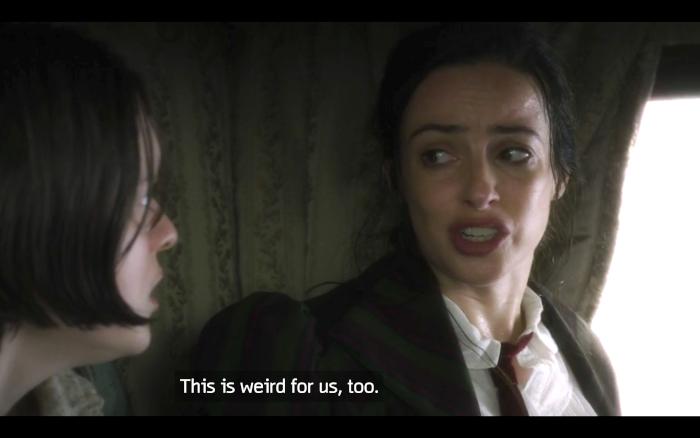 'The Nevers' And 'Kung Fu' Premiere, Plus 'The Falcon And The Winter Soldier' On Podjiba!

While this was not the intent when we planned this week’s episode of Podjiba, clearly it’s… action week? Action/adventure week? Superhero (and superhero adjacent) week? People with powers week?

Anyway, we’ll get there, thank you for indulging me as I workshop some names.

The short version of what’s on the show for you: two premieres, two continuing shows, and two last-minute spoilers!

The longer version of what’s on the show:

After another installment of Dustin’s Manifest Minute, Dustin and Tori chat about the series premiere of the new CW series Kung Fu!

Then, the gang gets into the new HBO series The Nevers, and tries to decide where and how The Falcon And The Winter Soldier will reach its conclusion!

Finally, just in case there weren’t enough spoilers in those sections (oh, spoilers, obviously), we sneak in a few at the very very end for the series finale of Shameless and the return of Fear The Walking Dead, so if you plan to watch either of those and haven’t yet maybe don’t listen to the last five minutes?

You can find this week’s episode of Podjiba on all major podcast platforms, as well as directly right here.


← Review: Netflix's 'Arlo The Alligator Boy' Delivers A Rousing And Family-Friendly Queer Fable | Colton Underwood Came Out as Gay So I Guess We're Just Going to Ignore the Stalking Now? →