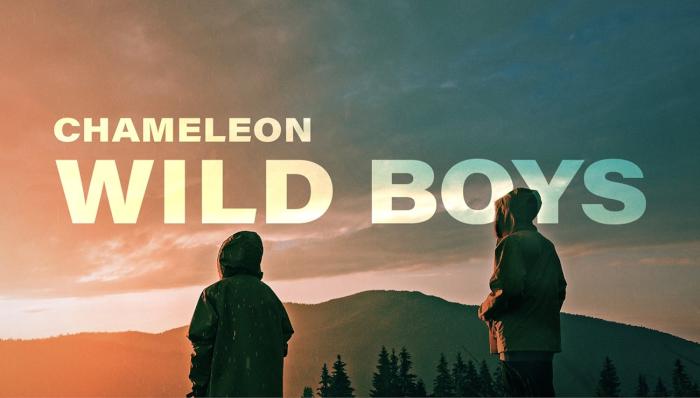 In 2003, two brothers seemed to almost materialize out of nowhere in the small town of Vernon, British Columbia. The older brother, who went by “William Green,” was 22, and the younger brother, “Tom Green,” was 15 and dangerously thin — he was 6’1 and 84 pounds at the time. Compassionate locals took an interest in the brothers, who would soon become known as the “bush boys.” William and Tom Green told those in Vernon that they had grown up in isolation in the wilderness of Canada. They claimed they’d never gone to school, that they’d never been to a city, and had never even tasted birthday cake.

The enamored townspeople invited them into their community, and they were cared for, housed, and fed by a local hockey mom. Tom was a strict fruitarian — he would eat only fruits, which contributed to his unhealthy weight. They also claimed that their parents, Mary and Joseph, wanted to remain in isolation. Therefore they could not provide their whereabouts out of respect for their wishes, and without an official identity, fully integrating into society became difficult, which itself worked to their advantage because they could continue living on the charitable nature of the town.

Soon, the bush boys became a curiosity outside of Vernon — they became the subject of human-interest stories on local and national newscasts in Canada. It had been the perfect feel-good story about the goodness of a town that had sought to take care of two brothers who had been raised in the wild.

The only problem is: None of it was true.

The “bush boys” are the subject of Sam Mullins’ eight-episode podcast, Chameleon: Wild Boys. The first half covers the story itself from the point of view of the local townspeople, in particular, the hockey mom who allotted significant time and resources to caring for “William and Tom.” It also tracks the growing unease the town experienced as inconsistencies began to surface right up until their story was blown.

In the back half, Mullins interviews the two brothers in an effort to discover why they concocted the story they did, and why — nearly 20 years later — they seem to have no remorse. I don’t want to give anything away here for those who like to experience mysteries as they unfold except to say that, in two decades, the brothers haven’t changed that much. They’re conspiracy nuts who are deep into the rabbit hole, and the fruitarian brother — who began that diet to outsmart death — now runs the Eternal Life Fan Club, an online organization devoted to eradicating the disease of aging, the world’s number one killer.

It’s a wild story, and — outside of the Trojan Horse Affair — the most gripping narrative podcast of the year. The brothers ran a special kind of grift that played on the goodness of people and left behind a community embarrassed by how easily their good natures were manipulated. It’s the rare true-crime podcast that features no actual crime except that of exploiting the kindness of a small town. While it’s easy to blame the brothers — one of whom, again, was only 15 — some of that blame can be assigned to the conspiracy mindset of their parents. The whole goddamn family is exactly the type that would buy into QAnon conspiracies and sell them as reasonable.

Mullins, a former contributor to This American Life who also grew up in the Vernon area, takes pains to do the story justice for both the town and the brothers. He’s careful not to pass judgment and allows the participants to speak for themselves. The facts, however, offer listeners plenty of opportunity for judgment.

You can — and should — listen to Chameleon: Wild Boys on Apple Podcast, or wherever you get your podcasts.