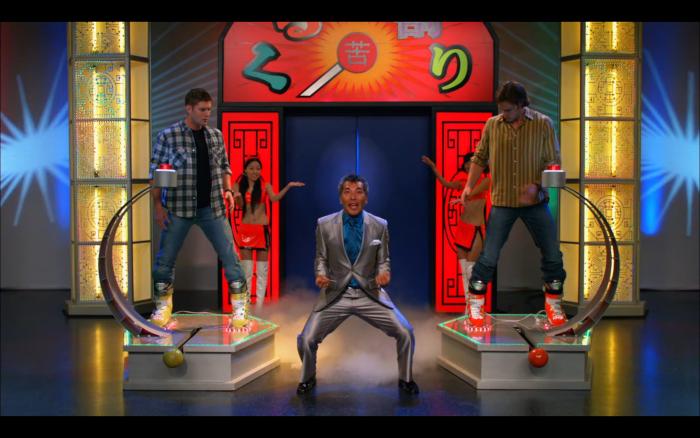 Welcome to another week of Supernatural 101 on Podjiba, with our esteemed instructor, Professor Preston. Whether you’re learning about this television institution like myself or Dustin, or coasting to an easy credit because you already took this over the last fifteen years, either way, we’re glad you’re with us!

While in ordinary times we might spend a significant amount of the podcast discussing, say, recently released content such as An American Pickle, we remain committed to our coursework, which this week took us down the road of meta-episodes, including:

(Side note: It’s also Episode 50 of Podjiba! Which means it was time to celebrate, mostly by spending an absurd amount of time talking about nothing in particular up top! So if you don’t want, say, a Chicken Update, or a very long exciting discussion about how to get quarters in a pandemic, skip ahead to 22:24 and we will finally get into the Supernatural discussion.)

If you’re watching along with us, how was the experience for you? Did Tori’s assignment of television-themed television successfully draw you in, as it did for Dustin and myself? Or was there another meta episode that you were hoping to see that we couldn’t get to due to time constraints?

Also, in case you want to know the assignment for next week - I’m no expert, but my guess is that we’re going into the endgame of the initial story arc? Something about the apocalypse?

Hope you continue with us on our journey! In the meantime, Podjiba can always be found on the many, many platforms which host such things, embedded below, or downloaded from this link.

← Eric Trump Used Robin Williams To Attack Joe Biden? Oh Hell No | No One Is More Excited About the Biden/Harris Ticket than Katie Holmes →