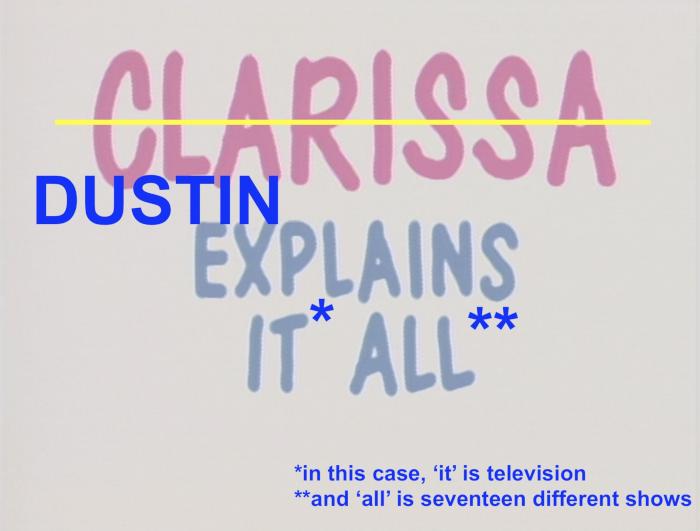 How Many Shows Can Dustin Discuss In A Single Episode Of Podjiba?

There is an ever-evolving debate going on in Podjiba HQ, where we are trying to calibrate how much television to discuss. Should we try to focus on fewer shows and attempt to provide better insight and/or more time for banter? Should we try to cover as many shows as possible but end up with less insight? Should we pivot into exclusively discussing the food that we see characters eating on TV?

The third one may have my vote, but this week Dustin attempts to help us cover all of television by introducing his new segment: Dustin Explains Television Presents: Dustin’s Five Minute Free For All!

That’s right, instead of the normal back and forth that we often provide, Dustin decided that he wanted to play iso ball and rattled off thoughts on seventeen (!) shows that he watched this week, all in under five minutes!

(Of course, we then ruined the efficiency of the segment by asking questions.)

Outside of Dustin’s new segment, we also discussed a number of shows, including the ending of Moon Knight, and the latest episodes of Barry, Made For Love, and We Own This City, so you know, it’s still a pretty full show.

Oh, and one last thing: after two and a half years and 134 episodes, we’re finally trying out a different service for our recording sessions! And we even got to look at each other, which is why there are probably moments in the podcast where we are clearly distracted by Dustin’s cat or something! But the important thing is: hopefully the sound quality is slightly better.

If you’re looking for an extended segment in which Dustin briefly talks about a ton of television shows all at once, look no further than Podjiba! You know, the show that we discussed above, and can be found right here.


← Bubble Watch: All the Network Shows that Have Neither Been Renewed nor Canceled | Conan O'Brien Imagines A Hilarious Death For Himself →