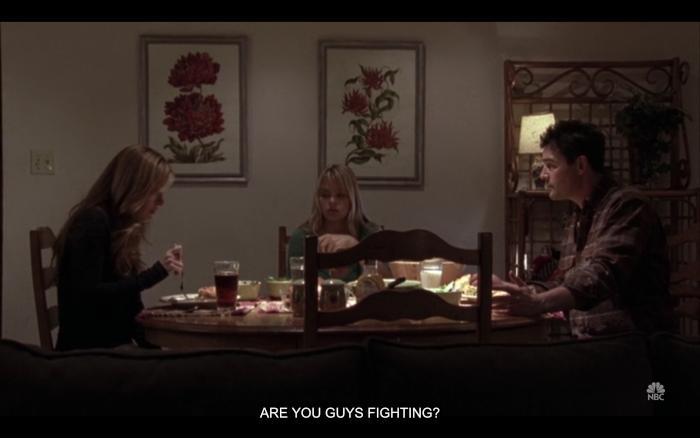 Instead of 'Psych 2' on Peacock or 'Cursed' on Netflix, It's More 'Friday Night Lights' (But Only Season Two) on Podjiba!

So much new television to talk about this week!

After all, Peacock’s launch on July 15th brought all sorts of new and exciting scripted programming, like Psych 2: Lassie Come Home, Capture, or Brave New World. In addition, the Netflix machine keeps chugging along, bringing new shows like Cursed, all things that are definitely on the podcast.

Because as you no doubt know by now, Podjiba remains a Friday Night Lights (but only Season 2) podcast through the end of the month, which means after some brief pandemic talk that we just couldn’t avoid, we get into all the hot Dillon drama of episodes 10, 11, and 12, leading us to questions like:

- Is Tori starting to come around on the show (and more importantly, Coach Taylor)?

- If you were caught at a grocery store when a tornado hit, would you want Tim Riggins to be shielding you with his body, and why is the answer obviously yes?

- And most important, how did Dustin not realize the Larabie coach was the one who tackled Riggins in episode 11?

So many important questions to answer in lieu of covering normal television! Don’t worry, it definitely isn’t driving any of us mildly insane. And besides, next week will be the final one for this stretch, as we reach the end of the strike-shortened season!

You can find Podjiba anywhere podcasts are found (as far as I know), embedded below, or downloaded right here.