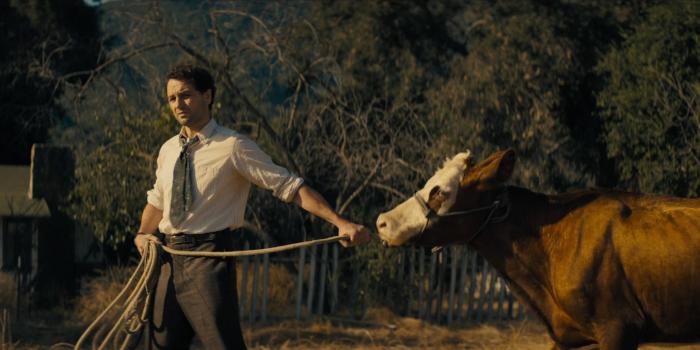 Were people excited about Perry Mason?

There’s something about HBO’s new prequel (or reimagining?) series that makes me hold contradictory opinions at the same time. For example: I honestly don’t know that the show has any real reason to be about Perry Mason (it seems, so far, like a well-constructed, highly professional period noir put together by a talented team). But at the same time, was I slightly more interested in checking it out because of the title and existing IP? Almost certainly.

Turns out, for all my belief that original ideas should be cultivated and nurtured and sought out, I’m just as susceptible as anyone else to the shorthand allure of something that sounds even vaguely familiar.

In any event, we all watched Perry Mason (a rare full Podjiba discussion)! If you like seeing sad Matthew Rhys, you may enjoy it.

This week, we also covered the Top Chef finale, talked about some shows that we haven’t kept up with, stumbled into numerous asides, and of course, play a game run by Dustin!

Oh, and despite my best efforts, we did temporarily become a TV Podcast podcast for a few minutes, because if there’s one thing Dustin we all love to talk about more than TV, it’s podcasts about TV.

Finally, don’t forget: starting with our next episode, July is going to be dedicated to Friday Night Lights… but only season two (I still can’t believe it either). We’ll be watching the first three episodes: “Last Days of Summer”, “Bad Ideas”, and “Are You Ready For Friday Night?”, so if you want to watch along with us, that’s the assignment for the week!

As always, Podjiba is available more or less anywhere podcasts are, except Pandora still, for some reason, but we’re working on that. You can also listen to the embed below or download the episode right here.

← 'Brooklyn Nine-Nine' Scraps Four Episodes In The Wake of George Floyd's Death | Panic! At The Disco Joins The Long List Of Musicians Who Tell Trump To Stop Playing Their Hits →