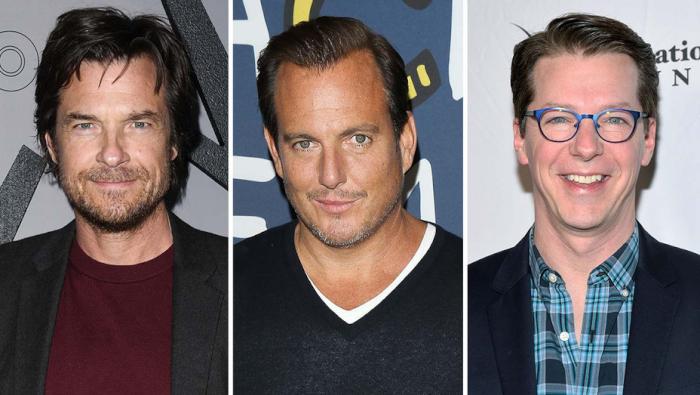 The comedy podcast world is very incestuous. There was once just Marc Maron and Chris Hardwick, and then Dax Shepard appeared as a guest on their podcasts, and he did so well on those podcasts that he decided to start his own, and then some of his guests, including — among others — Justin Long (yes, Justin Long has a podcast, and yes, it’s not bad!) decided to do their own podcast, and then these podcasts brought on more guests, and those guests decided they wanted to do podcasts, too, and all of a sudden, we’ve got podcasts from the likes of goddamn Rob Lowe (which is both obnoxious and better than it has any right to be because Lowe is shameless in his question-asking). I’m sure the tentacles of the Joe Rogan/Bill Burr podcast world run deep, too, but that’s not my scene. However, in the “comedy” podcast world, all of these folks — as well as Conan O’Brien — also appear on each other’s shows to promote their own podcast, and before you know it, you’re rotating through half a dozen “comedy” podcasts every week, which are basically just excuses for a bunch of folks to talk about Saturday Night Live and Lorne Michaels (I don’t think I’ve gone a week without hearing a story about Lorne Michaels since the pandemic began, including just today (Alec Baldwin on Rob Lowe, and Martin Short on Marc Maron)).

It’s too much, and yet at the same time, I can’t stop listening, because after a while, you develop relationships with these podcasts hosts, you get to know their idiosyncrasies, and they start to feel like family, and like family members, you like some and you don’t like others, but you still show up to the dinner table (honest to God, who else listens to Justin Long’s podcast every week?)

Still, when Jason Bateman, Will Arnett, and Sean Hayes began appearing separately on a number of the above podcasts to promote their own, I steadfastly refused to get invested in yet another one of these goddamn comedy podcasts. I have already heard Jason Bateman, and Will Arnett, and Sean Hayes in other podcasts (including, infamously, Jason Bateman and Dax Shepard talking about butt wiping). They’re great separately, but how could they possibly fare in a podcast together with another guest without everyone constantly talking over each other?

But alas, I did eventually break down in a moment of weakness, because podcast hosts like Dax Shepard kept talking about how great SmartLess was, and based on the title, I thought it had a different format or there was quizzing involved or something.

Alas, SmartLess is not that much different than the above podcasts, except that in many ways, it’s better. Why? Because Arnett, Bateman, and Hayes are best friends, and they’re the kind of best friends that constantly give each other shit, and there is something infectious about their chemistry. Shepard and Maron’s podcasts feel like intimate long-form interviews; Conan’s feels like an extended bit; but SmartLess feels like a small party with close friends who are comfortable needling each other’s weak spots in front of the guests. Arnett can say “Eat shit, Bateman,” while also asking Kamala Harris about the state of the economy. That’s fun.

I listened to one episode early this week, and within three days, I’d listened to the rest. Comfortable amongst friends, you also get a different perspective from Robert Downey, Jr. than you might otherwise. Same with Melissa McCarthy or even Will Ferrell, who spoke hilariously about parenting during the pandemic. Since we’re dealing with three fairly prolific actors, at least one or two has a history of some sort with their guests, so they can swap intimate stories from the set, and they’re not the same stories retold over and over for a different podcast (at this point, for instance, I know every Dax Shepard story by heart. I inexplicably continue to listen, even when maybe Tom Brady appears, who may hold the record for the all-time most boring podcast guest).

I’m not saying that Arnett/Bateman/Hayes have broken the mold here, but after years of listening to interview podcasts of the same ilk, it’s nice to hear a variation on a theme. The three of them are so sharp and quick-witted, in fact, that I often wish they’d do an occasional episode without a guest, because their repartee remains the best part about their show, at least for the first year or two, by which time I will know all of their stories, too.

← Review: 'Pen15' Grows Better And Bolder In Season 2 | With 'She-Hulk's Casting Set, Will Marvel Ever Have Body Diversity? →