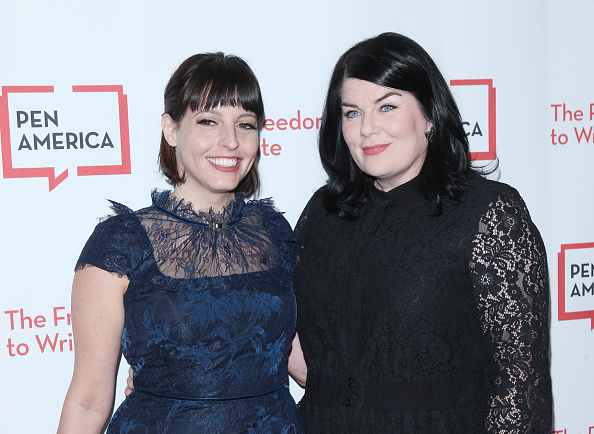 I canceled my Spotify membership today because — like Neil Young — I don’t want to contribute to a company that supports Joe Rogan, even if the other music streaming services undoubtedly have their own issues (FYI: It’s very easy to export your Spotify playlists to another service if that is a sticking point for you). In doing so, it also provided an opportunity to clean up my podcast subscriptions, which occasionally gets out of hand, mostly owing to Tori recommending a podcast while I’m drinking during the Podjiba podcast (back next week!) and me forgetting about it until a week later when episodes to a podcast I’d never heard of start popping up on my phone.

In the course of cleaning up podcasts, I also noticed that there was a new episode of Serial (now owned by the NYTimes) which was less an episode and more of an introduction to their next series, The Trojan Horse Affair, which will begin airing next week. It’s about a political scandal prompted by a letter (later leaked to the press) sent in the 2010s suggesting a debunked conspiracy concerning an Islamist takeover of the school system in Birmingham. This letter (and the conspiracy) led to policies that targeted Muslim communities in Britain. There remains a number of unanswered questions about the letter, the conspiracy, the policies, and the scandal, which The Trojan Horse Affair takes up. It’ll be hosted by Hamza Syed, a Birmingham native new to the podcasting world, and S-Town’s Brian Reed. You do not have to use Spotify to access the podcast (note, too, that I loved the last Serial production, “Nice White Parents,” if only because it upset a lot of self-righteous “Nice White Parents” in my community).

— Meanwhile, the long-running and fantastic Radiolab is going through another change. Jad Abumrad, the creator of the podcast, announced yesterday that he would be stepping down. This comes not too long after his co-host Robert Krulwich also left the podcast. It’s a big loss, especially for those of us whose entry point into the podcasting world was This American Life and Radiolab. However, the podcast is being left in the very capable hands of Latif Nasser and Lulu Miller, who have been co-hosting the show since late 2020.

— For what it’s worth, Reply/All, which has published erratically since the scandal that led to the departure of P.J. Vogt (who now has a Substack), announced this week that it would take another extended leave to work on stories so that when the show returns in a few months, it will be able to publish more regularly.

— Finally, as the podcast wars continue, Amazon Music has nabbed rights to the popular My Favorite Murder, hosted by Georgia Hardstark and Karen Kilgariff. All these exclusive agreements have been enriching for the podcast creators, and so far, it has not come at the expense of listeners, who can still listen to these podcasts on most available platforms. In most cases, these exclusive deals merely allow — for now — the rights holders to air the podcasts a week early on their platforms, as will happen with My Favorite Murder. I suspect at some point in the future, those exclusive contracts will be more limiting — if you want to listen to Joe Rogan, you’ll have to pay for Spotify, and if you want to hear Smartless, you’ll have to pay for Amazon Music. It’s going to be a real pain in the ass.

— I’ll reiterate again that the “fourth season” of Podjiba will kick off next Wednesday. You can subscribe, well, anywhere, even Spotify.

← Aziz Ansari on Aaron Rodgers: 'Can We Cut Him a Break?' | Maus Gets Banned in Tennessee. I Did Nazi That Coming. →