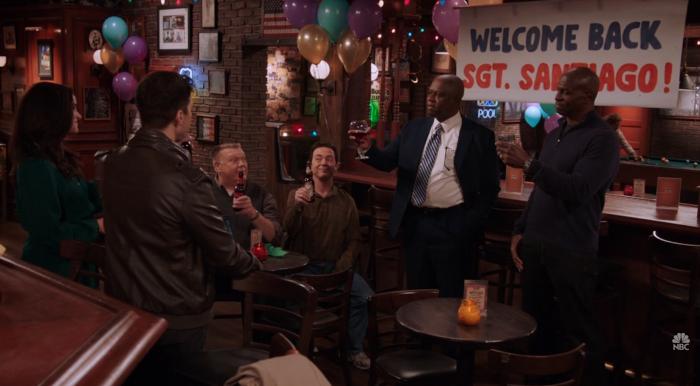 'Brooklyn 99' And 'Heels' Begin, 'The White Lotus' And 'Schmigadoon!' End, And More On Podjiba!

So like most weeks, there’s an awful lot of television covered within the podcast — this is normal.

What isn’t normal (and what you should probably jump ahead to, in the event that you have limited time to listen to our extra-long episode this week) comes around the 1:19:45 mark, when our discussion of Ted Lasso leads to an aside about superstition, at which point we learn a lot of things about Dustin’s own superstitions during streaks of good luck, some of which include things like how long he takes to replace and/or wash his towel!

This week’s episode is certainly an illuminating experience.

As for the aforementioned large amounts of television:

- We briefly touch on the return of Brooklyn 99 for their final season!

- We say goodbye to The White Lotus (a show that remained not for me) and Schmigadoon! (which definitely was!)

- Dustin tries to convince us Starz is worth it for Heels, and Tori talks the new Marvel series What If?

- Then, of course, we get to the Ted Lasso Christmas episode, where I may or may not have continued my run of villainy on the podcast!

Podjiba! A podcast that is currently only for your ears. Will that change? Who can say? But what we can say is that you can find the show more or less everywhere podcasts are available, as well as right here.