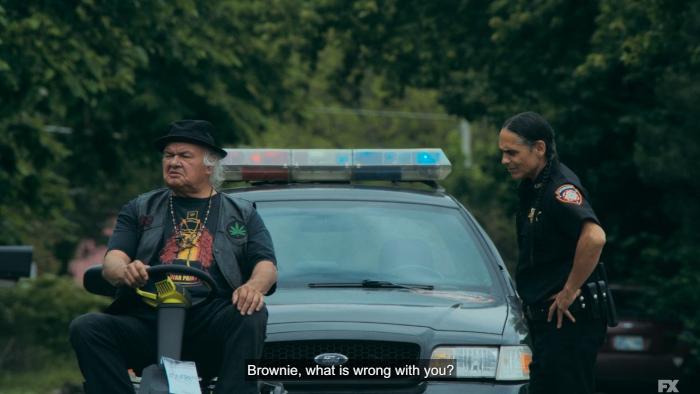 First, a brief disclaimer: if you have NOT seen today’s Ted Lasso (“No Weddings And A Funeral”), there is a minor spoiler in the podcast episode from 55:30-56:30, thanks to Dustin. If you have, carry on!

Welcome to the first week of the fall network TV season! We didn’t get too deep into the new stuff just yet, although Dustin did give us glimpses into his thoughts on Fox’s The Big Leap and NBC’s Ordinary Joe, if either of those seem like they might be your cup of tea!

But just like Dustin’s favorite Semisonic song, this new beginning comes from some other beginning’s end, which means we mostly talked about the shows we’ve been watching that just ended, including the series finale of Brooklyn 99, the season finale of Reservation Dogs, and the end of the limited series Nine Perfect Strangers (two of which I did manage to watch!).

Also, Ted Lasso, obviously, in which Dustin may have shown his villainy once again!

I’m running out of time and space, so that’s it for this week, but you know… Podjiba! Get into it! Right below! And also right here!

← Is Andy Bouchard of 'Evil' a Secret Demon? | The (Potential) IATSE Strike Explained →