Why do you love your favorite sports teams, foods, hobbies, movies, television shows or vacation spots?

Your answers likely boil down to some version of “I enjoyed them as a kid.” I’m no different. My current affection for pop culture stems largely from how I spent my formative years. Like most teenagers, I held down a part-time job on weekends and summers to pay for high-school-age essentials like Zima, polo shirts with boat logos, jeans with holes already ripped in them, and gas. I DIDN’T JUST HAVE SEVEN DOLLARS LYING AROUND TO FILL MY TANK, OKAY, MR. PENNYPACKER?

Some of my boys became caddies. Others did landscaping or delivered pizzas and worked retail or avoided jobs altogether. I got paid to watch movies. Well, I got paid to watch movies like my full-time employer paid me to write this post during work hours. Being able to duck into a theater to catch Titanic or The Matrix was an ancillary and well-abused perk of being a projectionist at my local multiplex…as was rolling kegs and girls and other vices in the back door for special midnight screenings, but that is another story for another time (never).

I had just turned 16 when Saving Private Ryan hit cinemas in July 1998. Steven Spielberg’s World War II epic arrived to nearly unanimous critical adulation and colossal audience expectations. Our manager decided to screen it in two theaters simultaneously to meet demand — a rare practice in the non-digital age that required some serious rigging from yours truly. He also stressed that we ask for ID from anyone attempting to purchase a ticket who looked younger than 25. Because of That Scene.


Anyone familiar with Saving Private Ryan knows That Scene — the brutal, unflinching, seemingly endless depiction of the Allied assault on Omaha Beach that opens the film. Advance reviews described the Normandy sequence not with the bombastic praise typically reserved for signature action setpieces, but in sobering, reverential tones. Rex Reed called it “the most overwhelming and agonizing half-hour I have ever spent in a theater,” while the LA Times’ Kenneth Turan warned “we are shown the invasion of France with a violence and an intensity that is almost beyond describing.” War isn’t exactly an unfamiliar genre in Hollywood, but never before had a film so honestly depicted D-Day’s unrelenting intensity. I read the reviews. I thought I was ready. I didn’t know shit about shit.

The movie opened on Friday, July 28. By 11 a.m. there was a line for the noon shows. I wasn’t working until the evening, so I walked in and grabbed an aisle seat in our largest theater. Looking around as people started filing in, I noticed that senior citizens adorned in military regalia — Navy hats, Marines shirts, Air Force jackets, Army sashes — comprised a substantial portion of the audience. This didn’t mean much to me at the time beyond a simplistic “war movie attracts military personnel” corollary. Had I fought in World War II, I thought, I’d want to see my heroic deeds memorialized by one of the most accomplished directors in history.

Thirty minutes later I realized how ignorant my thinking was.

Whatever I imagined Spielberg’s portrayal would be, what unfolded onscreen proved exponentially more horrific. Mortar shells pinwheeling bisected bodies two stories into the air. Young soldiers screaming in agony as they futilely try to keep their intestines from spilling onto the bloody sand. Entire companies riddled with German pillbox fire as their landing crafts reach the shore, their lifeless bodies tumbling out of Higgins boats like spilled potatoes from an open sack.

And the noise. Jesus, the noise. Deafening explosions, ear-splitting rifle cracks and continuous machine-gun fire act as a backing track to the agonizing screams of men dying on a beach thousands of miles from home. Viscera and limbs and bullets and death assault your senses for what feels like an eternity. Spielberg offers no respite, no emergency exit, no place to pause and catch your breath and process what you’re watching on any level beyond the primal. Saving Private Ryan’s opening half hour certainly isn’t tame by modern standards, but countless imitators and a decade of photo-realistic first-person-shooters have slightly blunted its power for today’s teenagers. Seeing the carnage unfold on a forty-foot screen, though, and hearing war’s true voice blasted from speakers the size of Volkswagens with no cell phone or pause button to act as a distraction, shattered my 16-year-old self.

At least it was just a movie to me. For others, Spielberg’s ultra-realistic D-Day sequence unlocked real-life traumas best left in the past. I don’t recall when the first person left, only that someone needed to help escort him from the theater. I absolutely remember seeing an old man seated a few rows in front of me put his head in his hands and mutter “no, no, no” before heading for the exits. That disturbed me almost as much as anything onscreen.

Unfortunately, walk-outs weren’t confined to opening weekend. Seldom did a screening take place without someone stepping out. Sometimes the people were stupid teenagers like me, initially giddy to check out a well-reviewed war flick but woefully unprepared for the ensuing barbarity. Frequently they were elderly. Initially, I was hesitant to approach the latter group. What can a bunch of 16 year old movie theater employees possibly say to someone so deeply touched by war’s savagery? But it also felt wrong to look away and simply go about our business while someone suffered. Eventually we summoned enough courage to ask departing patrons if there was anything we could do for them — get them something to drink, a snack, or a find them quiet place to sit.

A few welcomed the food and company. Others gruffly declined the offer. One man didn’t say anything, just stared at the floor imperceptibly shaking his head. We didn’t take offense. Even as teenagers we understood that these were deeply private men re-living a pain we coddled suburbanites could scarcely envision. If they wanted a Coke and a conversation, we were willing. If they preferred to grapple with their memories alone, godspeed.

Saving Private Ryan unsettled me. Deeply. Seeing veterans walk out with tears streaming down their faces pushed me to a different place altogether. It was one of those decisive developmental moments when something clicks, and a small but significant slice of wisdom permanently lodges itself in your brain. Sacrifice, honor, tragedy, brotherhood — I began to truly consider these concepts for the first time. I wanted to know more about the Second World War and the men swept up in its wake. Over one million Americans were killed or wounded during WWII, yet I could barely list half the countries involved or explain how the conflict began. How could I begin to understand why these men broke down in a theater lobby without first educating myself about the global confrontation that left them so scarred?

So I hit the libraries (and later, the Internet). Works by Ambrose, Beevor, Kershaw, Atkinson, Sledge, Keegan and Hastings became travelling, bedtime, and beach chair companions over the years. The more I learned, the more astonished I became. If anything pop culture undersold our soldiers’ heroism, toughness and tenacity. No archetype is more lionized on celluloid than the American soldier, yet even Hollywood struggles to truly convey the magnitude of their accomplishments.

I refuse to call myself a WWII aficionado because no one should be an enthusiast about a fight that eradicated three percent of the world’s population, but my interest in the Second World War remains a passion to this day. Just last month I found myself in Virginia with a free afternoon. A local recommended I drive 30 minutes down a backroad to a small town called Bedford. Bedford is practically identical to a hundred other isolated rural Virginia enclaves with one major exception - it’s home to the National D-Day Memorial. The reason a national WWII memorial is located in a flyover Virginia municipality is because Bedford — a town of 3,000 in 1944 — lost a staggering 22 men on D-Day, 19 of whom died in the battle’s first minutes. That’s more soldiers per capita than any town in America. 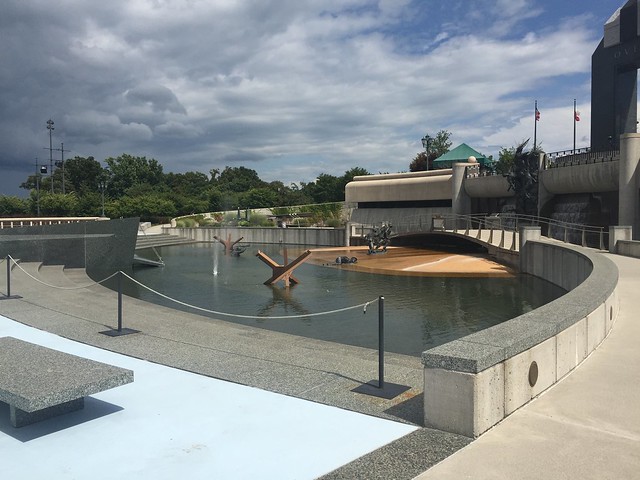 As I walked the grounds, I wondered what the remaining WWII veterans (sadly, approximately 492 die each day) think about the country they fought to preserve. Are we worthy of their sacrifices? Did we earn this? That’s a question best left for each of us to decide. I just hope those men in the theater nearly 20 years ago didn’t cry for nothing.

← You Can Already Guess What Jeremy Renner's Favorite Curse Word Is, Can't You? | 15 of Film and Television's Best Spiritual Successors →